The Legacy that is Fairmont Copley Plaza Hotel 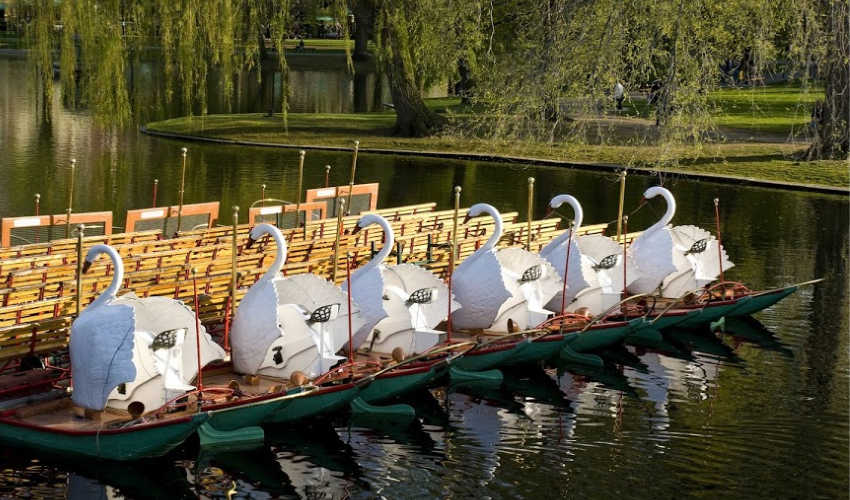 Get a Bed and Bath for 3 Bucks in Boston

The year is 1915. Copley Square is referred to as “The Square” and offers a convenient point of departure for sightseers to Boston, Massachusetts. Railroad travelers appreciate its’ location, just a half a block from the Back Bay Station.

They also appreciate the comfort, amenities, and price of The Copley Plaza Hotel. 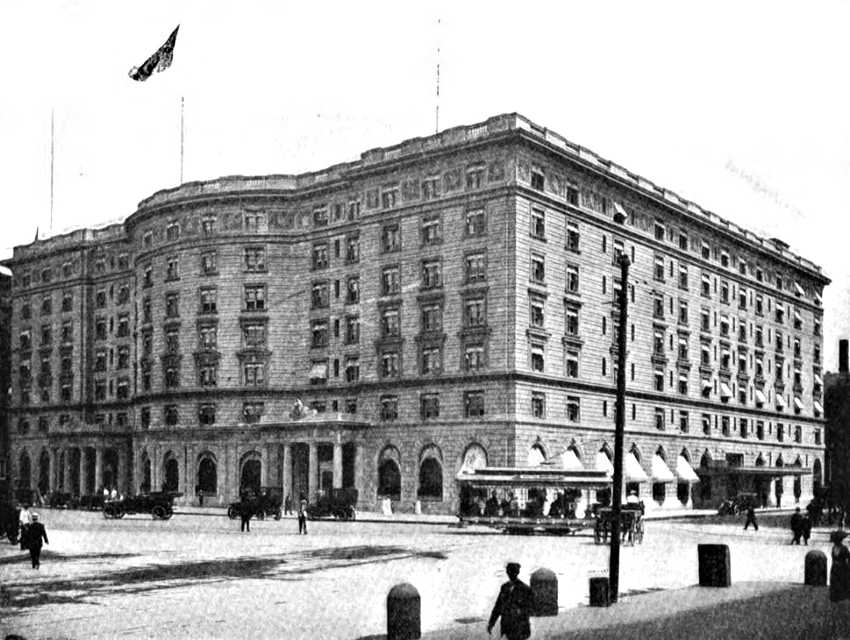 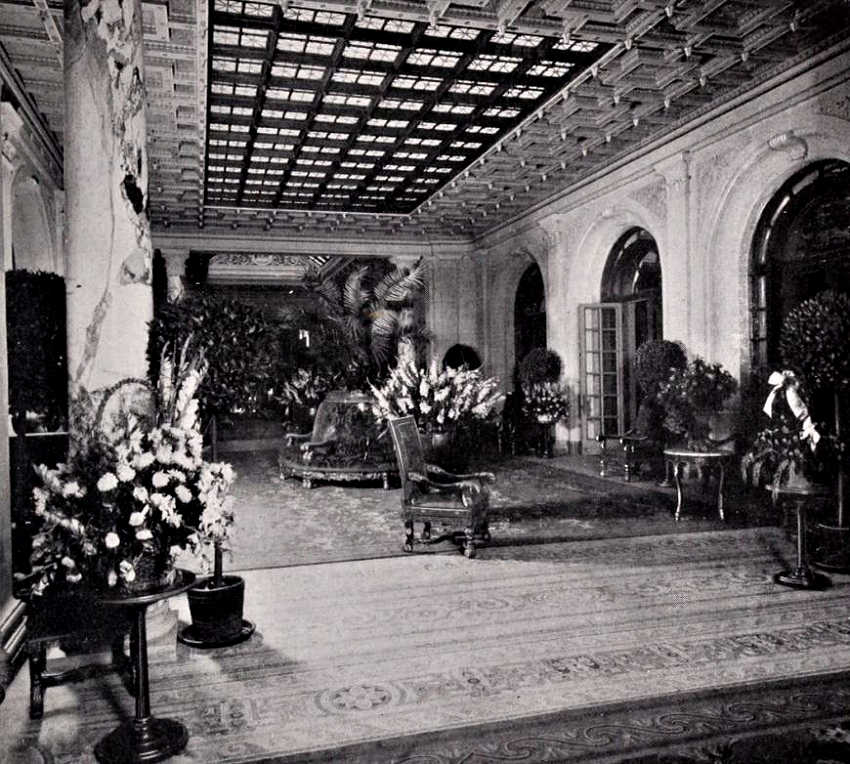 The Rotunda at the Copley Plaza Hotel, 1915…

In 1915, the hotel made a promise to “define the last word in hotel construction” with exclusive appointments, service and cuisine. In its early years is was under the same management as The Plaza in New York. This wasn’t a hick town and Boston was a desired destination. While the hotel was refined to satisfy the most discerning traveler, they also promised a warm and congenial atmosphere that would feel more like home than a giant hotel.

The building was made from a gray stone, seven stories high, and included public apartments on the ground floor and basement. When the hotel opened in 1912, there were 500 private bedrooms, each connected to a private bath.

Today, the Fairmont Copley Plaza offers 383 individually decorated guestroom, including 17 elegant suites. It was recently announced as the winner of the 2019 Historic Hotel of the Year by Historic Hotels of America®.

Then, just as now, a short stroll from the hotel brings travelers to the Public Gardens, the Commons (where cattle once grazed), and many stores, shops and theaters. 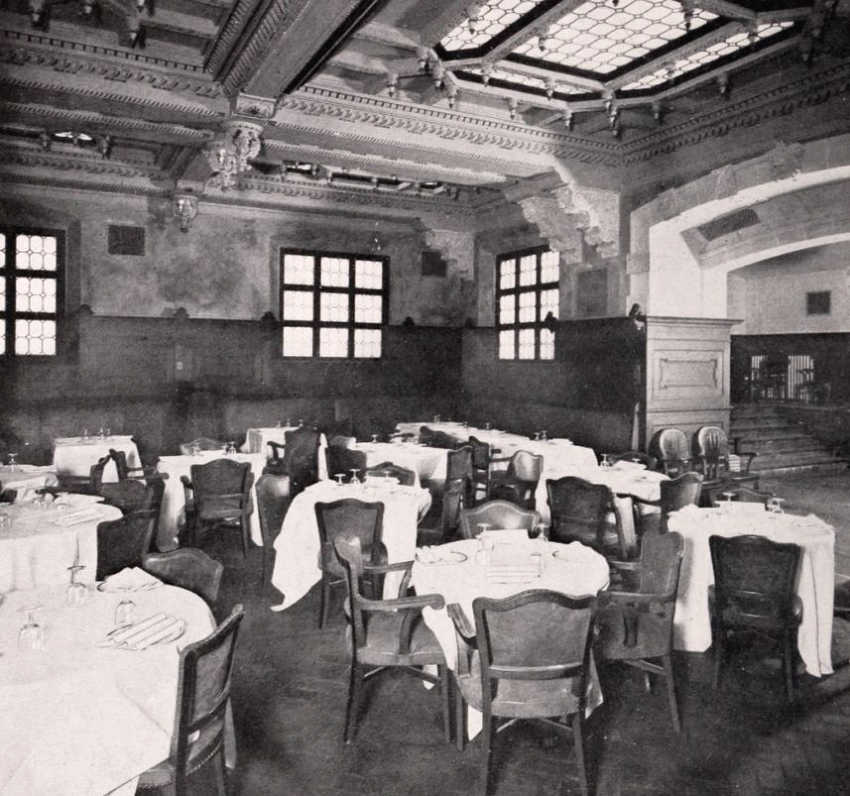 The Public Gardens: Then and Now 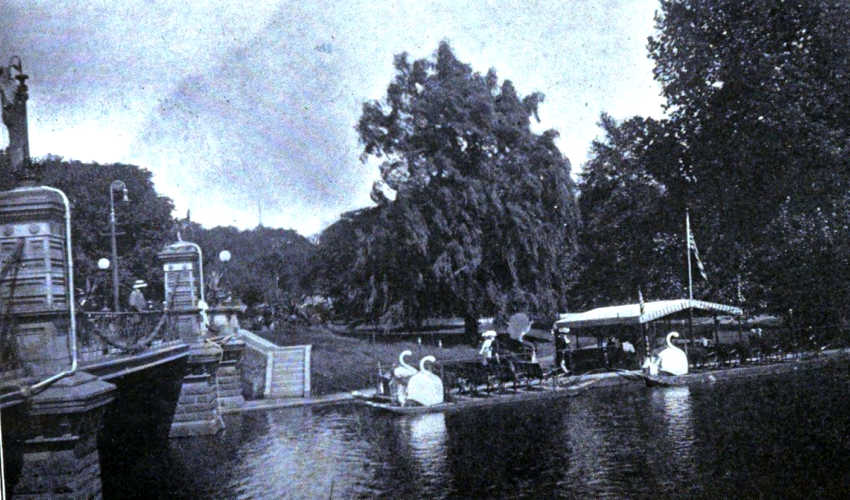 When first designed, some complained the park was too flowery…

The Legislature provided the land for the Public Gardens through a land grant in 1859. It was the first public botanical garden in America. Early on, some complained it was too flowery, too unnatural, and certainly not of “good taste.” 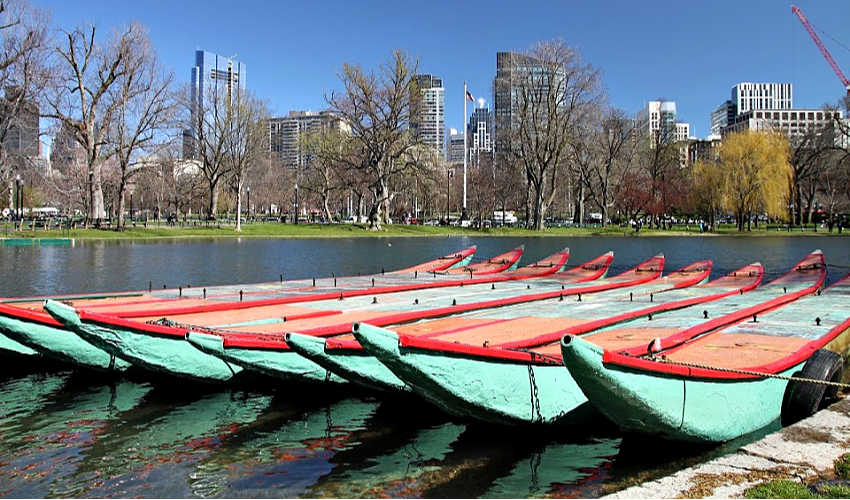 Weddings are popular in the Public Gardens of Boston…so are Swans!…

When you stroll the grounds today, you can easily imagine the artistic, Victorian-inspired, palette that inspired the meandering pathways through a rainbow of colors, flowers, and scents.

You will also find a Lagoon, monuments, fountains, and greenhouses where over 80 species of plants are cultivated for future plantings, according to the City of Boston Park website.

It is a popular place for weddings and…it has swan boats!

The Great Elm Tree in the Commons 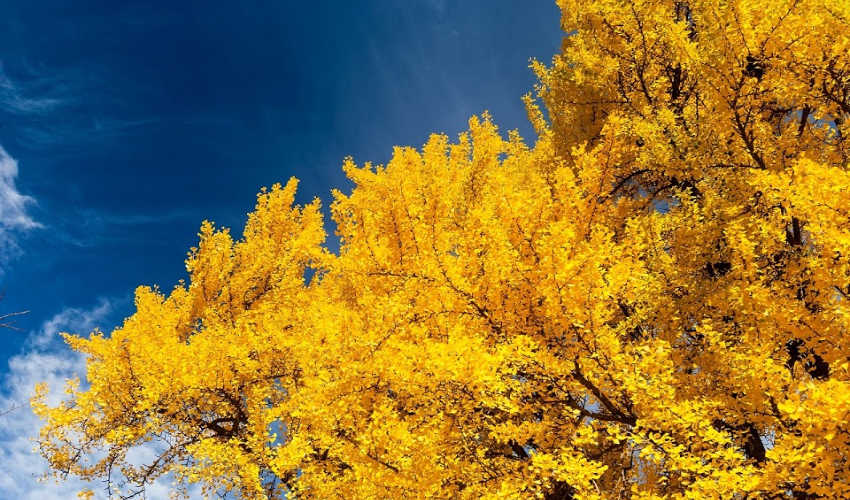 The great elm tree is now gone, blown over by the great storm of 1876…lots of “great” things happen in Boston…

You can walk to the Commons and see the placard where “The Great Elm” once stood. The tree where criminals, witches, and prisoners were hung and open-air revival meetings were held by the outspoken and passionate preacher George Whitfield, is long gone, blown over in the great storm of 1876. Many of the trees planted in the Commons were cut down and used as fuel by British soldiers encamped there during the Revolutionary War. Still, the Commons remains a source of pride for Bostonians who celebrate America’s deep historical roots in this town.

Oh, and there are no more lynchings! That’s always a good thing… 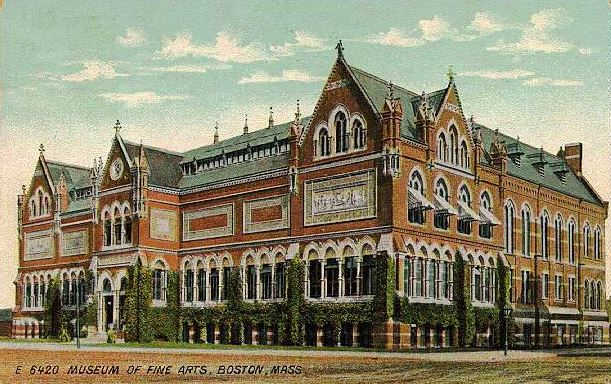 John Copley, a celebrated painter from the Colonial period, is the namesake for both the square and the hotel. He was the famous artist of his day. If you were lucky enough to have him paint your portrait, then that made you a “someone” and you could be considered nobility.

The Copley Plaza Hotel is built on the site of the Art Museum which was torn down in 1909 to make way for the Hotel. The Art Museum was a “first” in its design as well. It was the first public building in America to be designed using terra cotta and the first Gothic building in the world using this material 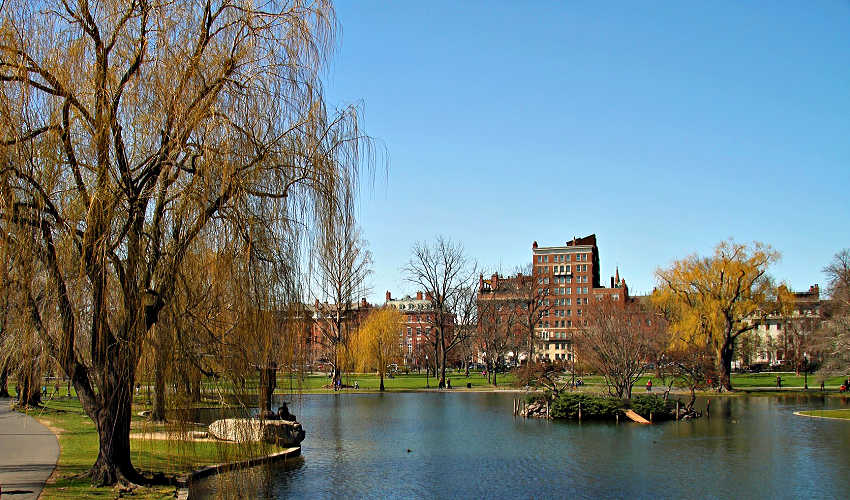 Rich in history, Boston is filled with opportunities to enjoy today…

When you travel to Boston, you will have your choice of dining, attractions, music, museums, concerts, sports, shopping, and spas. Rich in history, the town lights up with opportunities in the here and now.

Included in most everyone’s top 10 list of things to do in Boston are:

New England Clam Chowder in the Seafood Capital of America

Swan Boats in the Public Garden

Ferry to one of 34 Islands in the Boston Harbor

Museum Visits – Over 60 to Choose From

Franklin Park and the Changing Colors of the Season

The Bookstores along Harvard Square

Craft Beer – From Sam Adams to dozens of other, you can drink your way through Boston 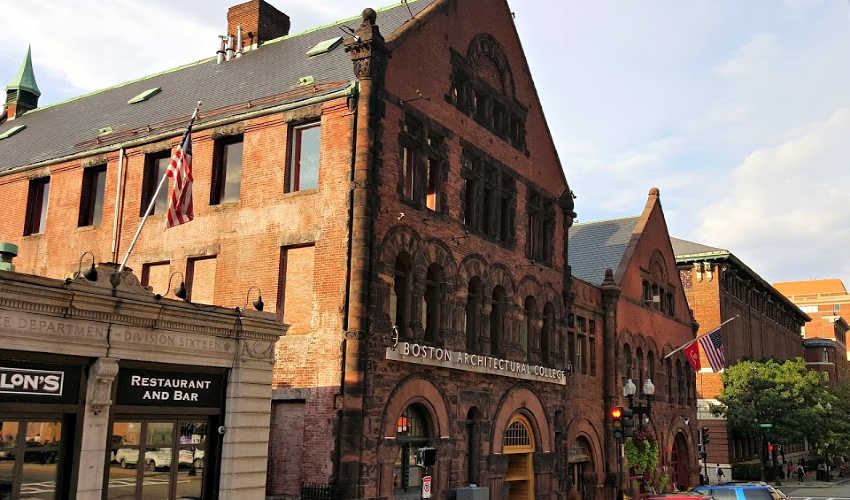 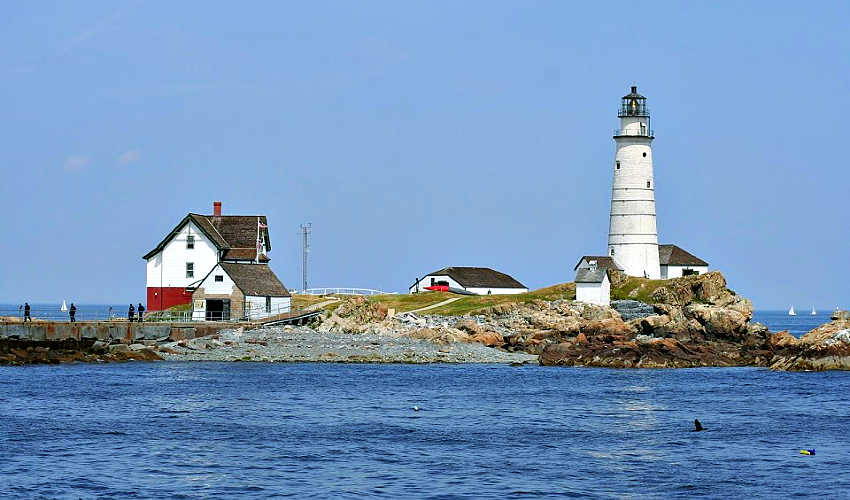 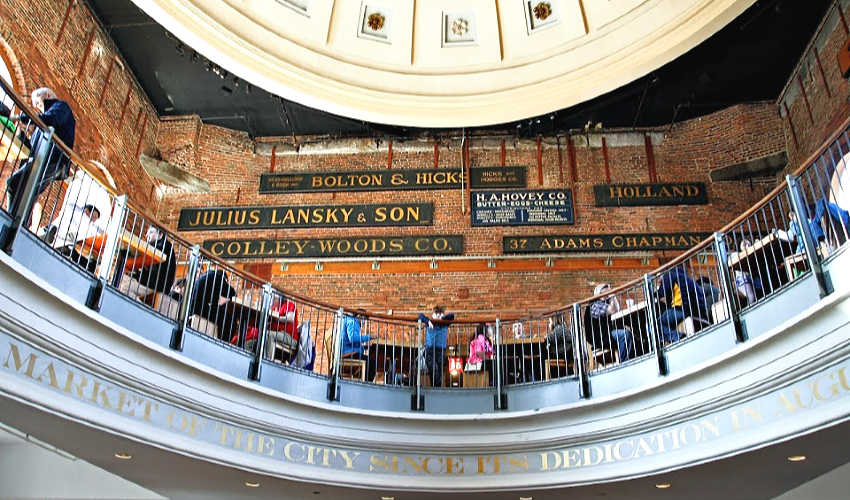 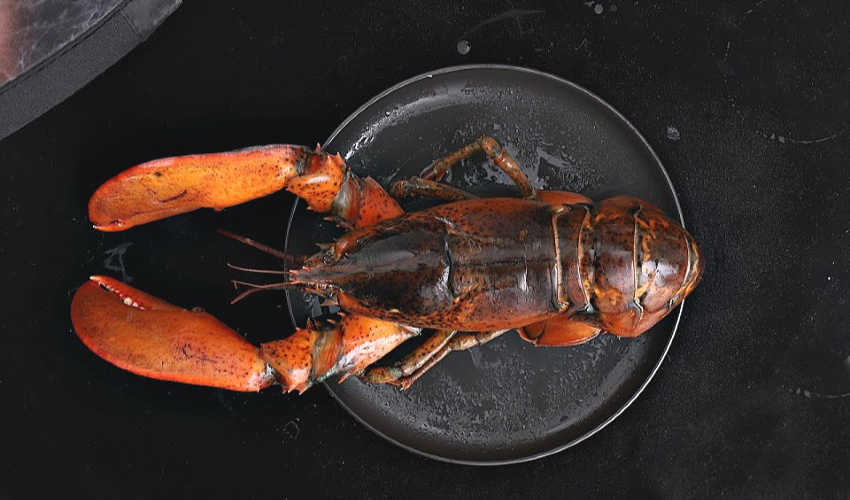