Where you step back in time to a New World…

From 1769 to 1823, Spain built missions all along the California coast in their conquest to convert the indigenous people to Christianity and as strongholds for their newly claimed territories

Twenty-one Spanish missions can be found along the ‘King’s Highway’ in California, which is today Highway 101. California Missions are the oldest structures in state and feature early churches, cemeteries, bell towers, garden courtyards, living quarters and more. They once served as trade centers for food, grain, hides, wine and more. Today, they are tourist attractions and some are still active churches.

The majority of the missions can be found on the Central Coast of California.

A “Davinci-code” like sensation can be thanked for the survival of many California missions. The popular 1884 romance novel, “Ramona” by Helen Hunt Jackson prompted many readers to learn about the setting for the book. When they discovered the decay settling in on some missions, actions were taken to keep the history alive.

In more modern times, Ramona was portrayed in a Mexican telenovela which aired 69 episodes ending in 2000. 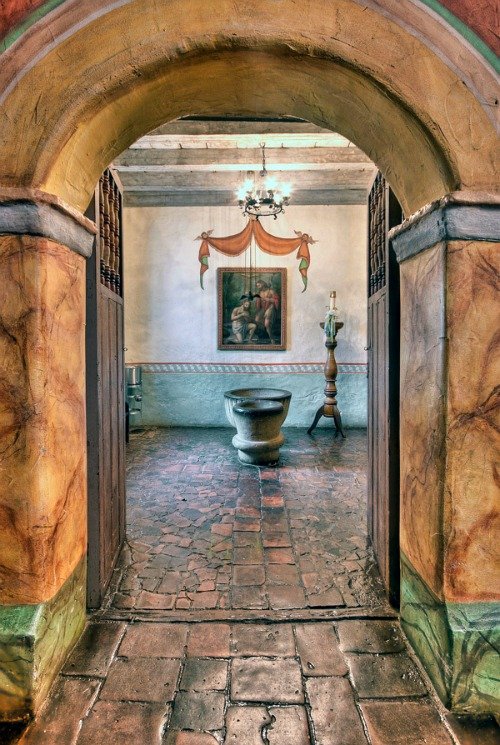 Some are easily accessible in touristy towns like Carmel, San Luis Obispo and Santa Barbara while others including the San Antonio, San Miguel and La Purisima Missions are in more remote regions. 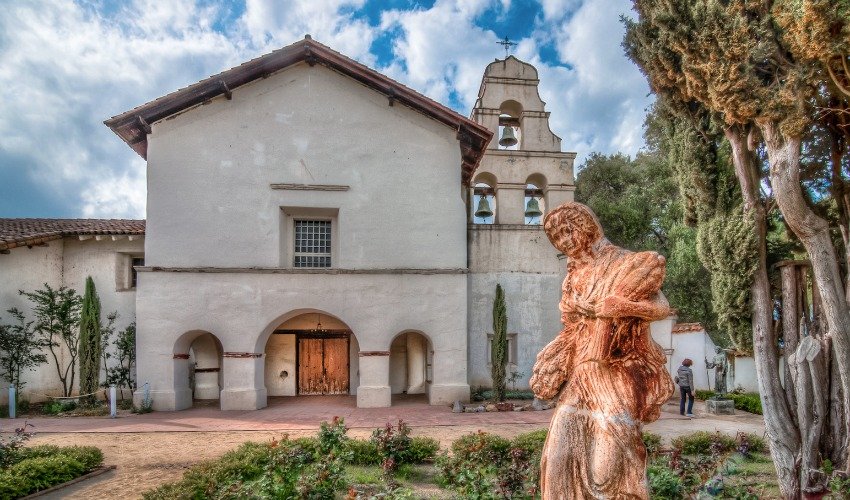 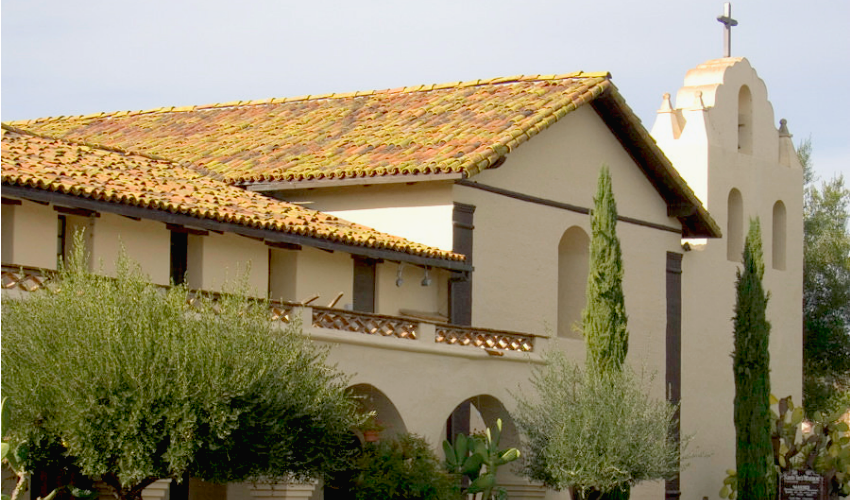 The Santa Inez Mission is located just north of the Gaviota pass near Solvang and was known as the ‘Mission of the Passes’. 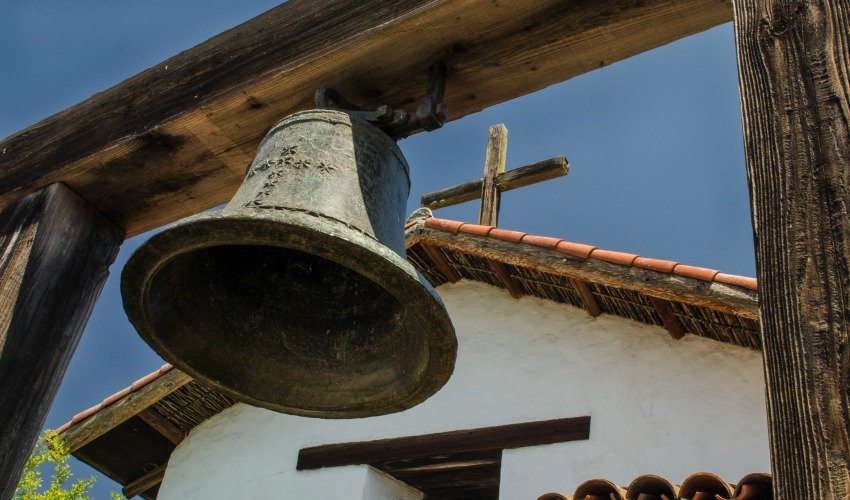 The San Francisco Solano Mission is situated in Sonoma wine country and was the last to be built in the state. It harbors an infamous past of a Padre who was especially cruel to the natives.

Other Bay Area missions can be found in San Rafael, San Jose and Santa Clara.

There are 5 missions in Southern California that are spread out between Los Angeles, Orange and San Diego Counties. 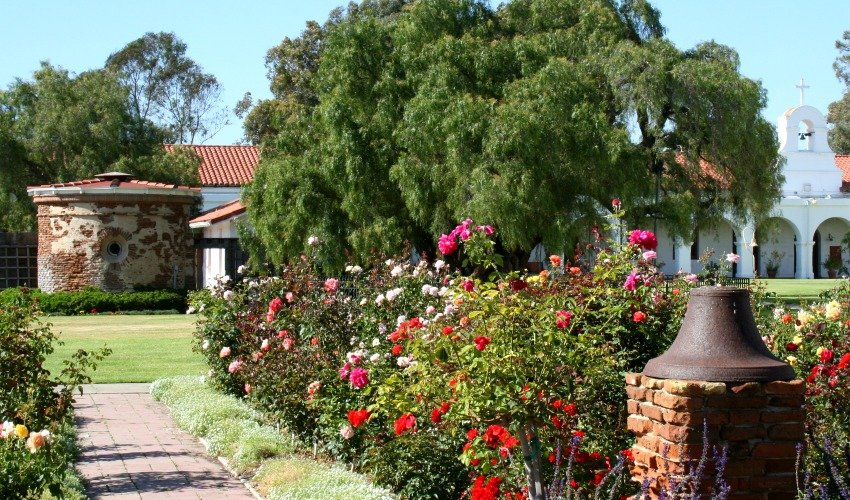 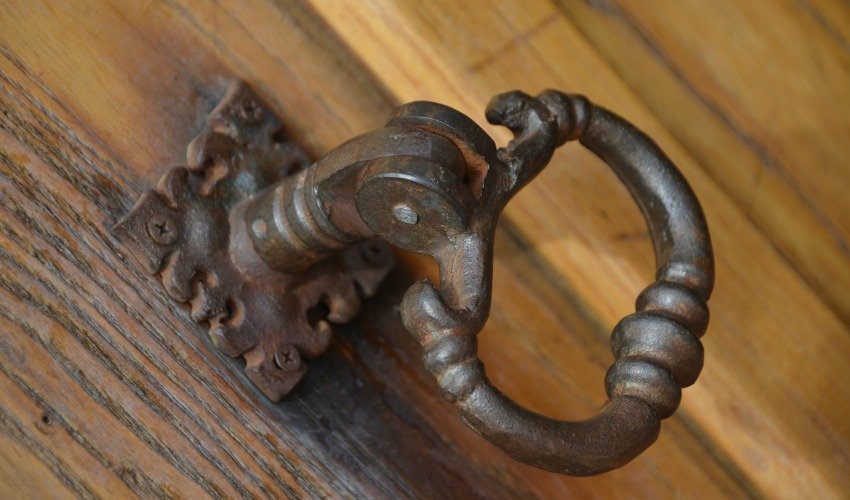 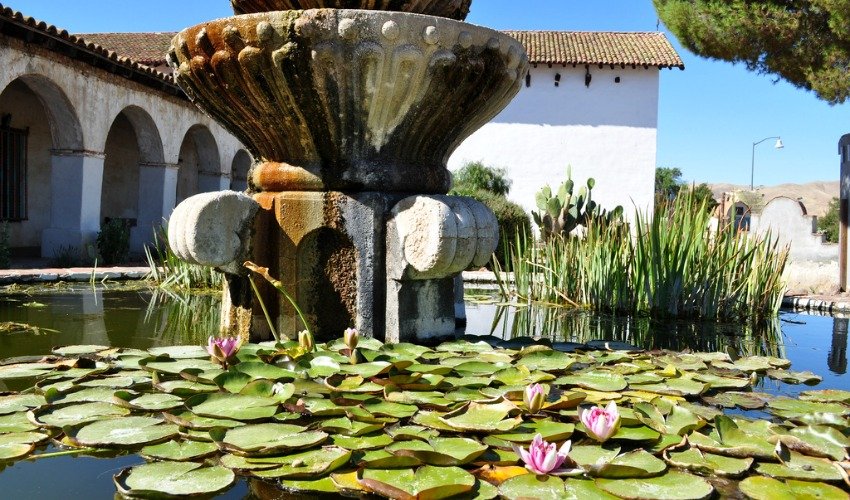 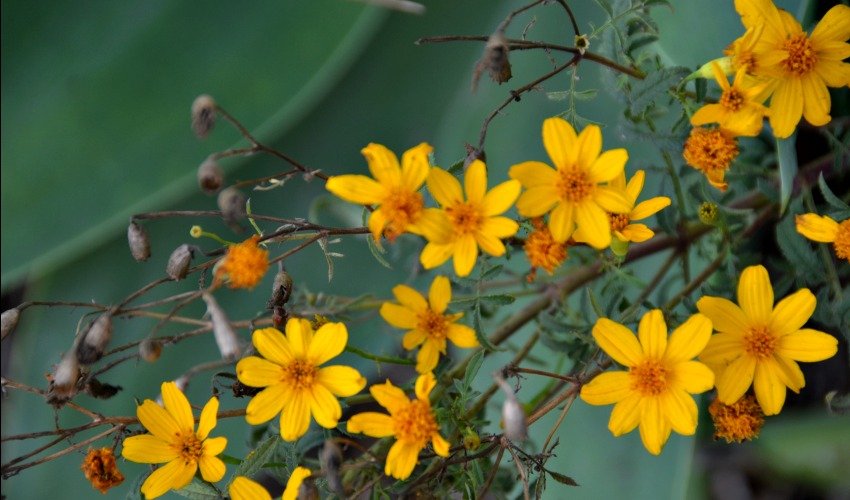 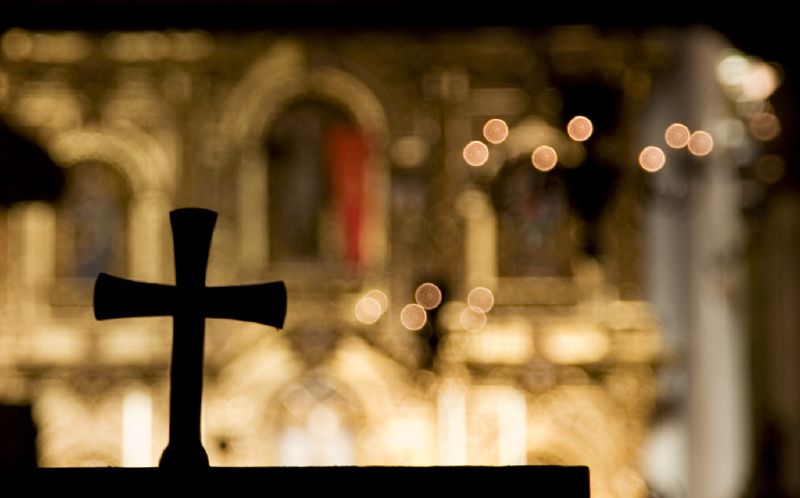 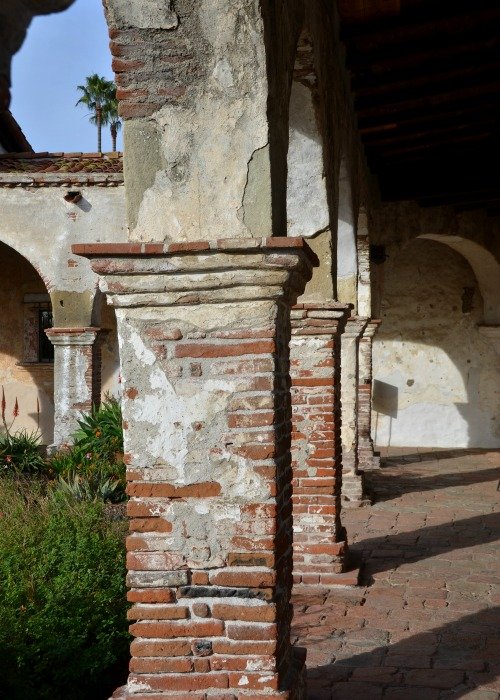 San Diego has the distinction of having not only the first California Mission, but the largest as well. The San Luis Rey Mission is located in Oceanside and was known as the ‘King of the Missions’ for its grand size. 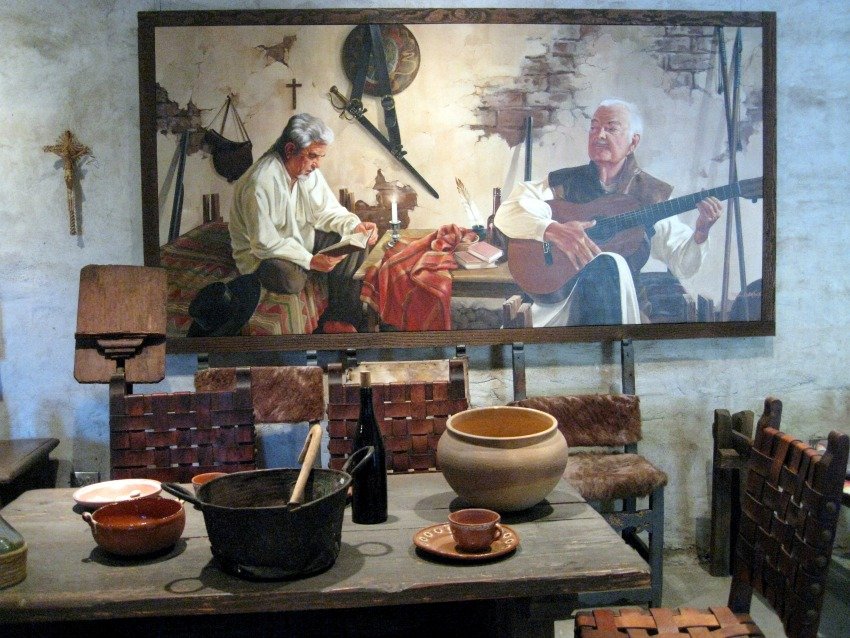 Two Missions reside on the outskirts of Los Angeles including the San Gabriel Mission which was known as the ‘Pride of the Missions’ for its once productive trade of crops, hides and wine.

All California Missions are visitor friendly. Many of them are still active churches and open to the public with most having museums and gift shops. All are very picturesque with fountains, grottos, gardens, mission bells and elaborate churches. They’ve been tested to the extreme by earthquakes and fires over the decades, sometimes leaving their mostly adobe structures in ruins.

Some retain their ruinous appearance while others have been restored to their original glory. Every mission is unique in its design and history. Entry fees are minimal for such splendid beauty and historic significance. 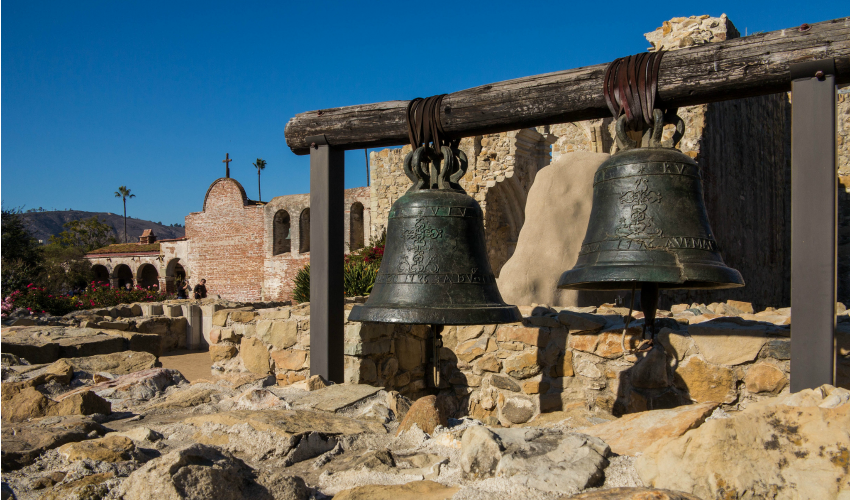 The church at Mission San Juan Capistrano was completed in 1806. However, even after man’s efforts, it seems Mother Nature (or perhaps something else) had different plans. An earthquake in 1812, during the Feast Day of the Immaculate Conception of the Blessed Virgin, wiped out the building killing 40 worshippers and a few bell ringers.

According to a report in the Orange County Register, the SyFy channel’s “Ghost Hunters” found that their electronic equipment became inoperable rather quickly after coming close to Mission San Juan Capistrano. The story reported that

“One presence might be Magdalena, a young woman who died in the earthquake that leveled the church while she was inside. Magdalena’s father had ordered her to go to the church that day to confess to a priest that she’d met with a young artist against her father’s wishes. She still had a candle in her hand when her body was found. Legend has it Magdalena’s face, illuminated by a candle, sometimes appears in the remaining windows of the Great Stone Church.” 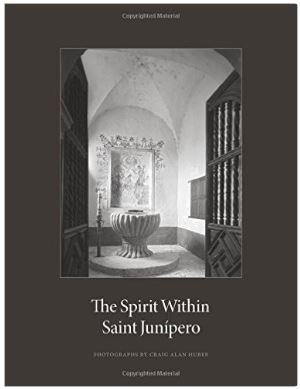 From Mallorca, a small island in the Meditteranean, to the lush valleys of the emerging world in California, Junipero Serra followed a calling to not only travel to a strange and distant land, but to make a mark that is still evident today.

The Spirit Within Saint Junipero takes us on a pictoral journey through the life and the mission of a boy who grew up to spread his faith to a New World.

Many of his sermons are lost; however, one of his early works makes a connection to the delights of how God touched people to how a wonderful culinary dish touches the palette.

His hope was to introduce indigenous people to the sweetness and joy of his God. 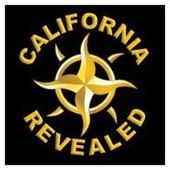 You can discover more about California where there is always something fun to do at CARevealed.com 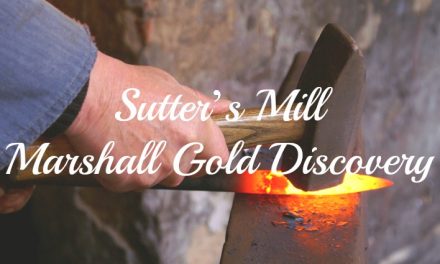 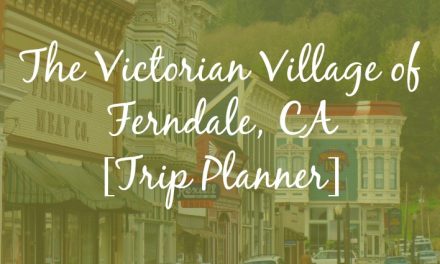 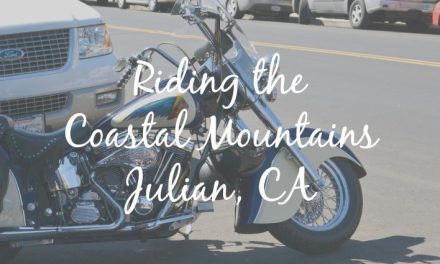 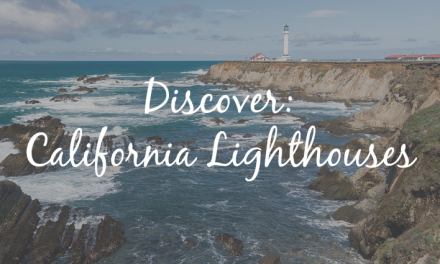