I knew if I snatched away their cell phones, laptops, and tablets it would be like taking away their oxygen… 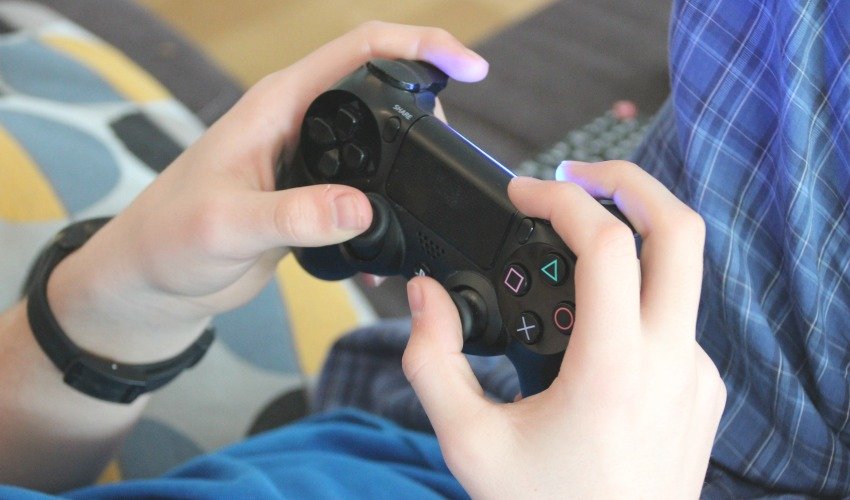 My kid’s slouchy appearance was the result of unceasingly playing video games—especially one called Minecraft®. They bellowed with excited commentary as they shared their discovery of different gaming techniques. All the while trying to build some contraption with nethermud, soulsand or whatever it’s called. Besides, Long Island’s summer air was heavy as soup. With this type of heat, I was ready to quit my part time job as a short order cook for the boys. I wanted them to get away from all electronics. Unfortunately, I knew that if I snatched away their cell phones, laptops, and tablets it would be like taking away their oxygen.

I read about Forest Bathing, Shinrin-Yoku in Japanese, and decided to go to Bailey’s Arboretum. It’s located in Lattingtown, New York, a small village on the North Shore of Long Island. Driving along North Shore’s narrow two lane road was like driving through a tunnel of viridity. Sadly my sons missed the backdrop as their heads bowed in reverence to their electronics. I, on the other hand, started to feel my shoulders drop away from my ears 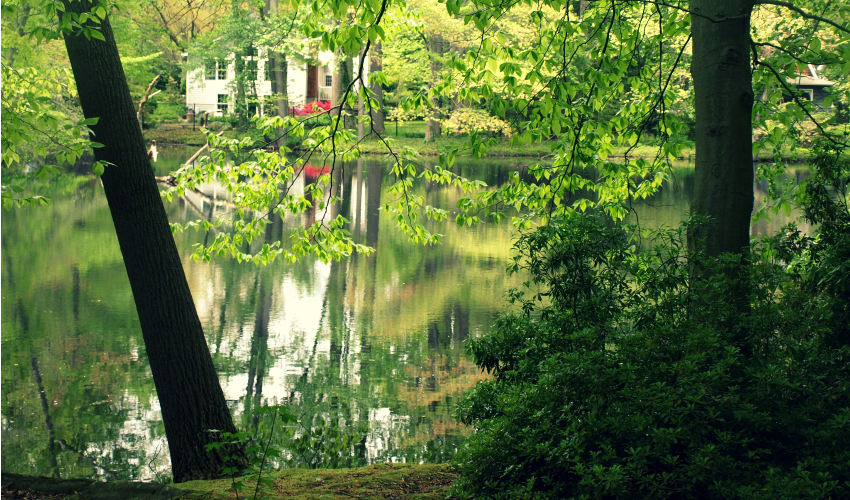 If you want to get outdoors and get away there are plenty of quick trails for a dog walk, or places to set up a picnic…

I drove over dusty gray and white gravel into a half-empty parking lot.  Upon exiting my vehicle, my chest rose as I inhaled the fresh oxygenated air. I stood fast as the boys grumbled, bargained, moaned and pleaded with me not to leave their electronics in the car.

Located behind the parking lot was a building that resembled what once could have been a horse stable. It housed the offices of the “volunteers for wildlife,” and the next building clearly displayed the sign for the public restrooms. I was delightfully surprised by the absence of pollution and lack of offensive odors.

Upon leaving the building, we noticed several volunteers busily tending to the land. One worker who was pleasantly in a rush showed us where the trail began.

Our first discovery was a green glimmering froth covered pond. Branches from several leaning trees tickled the water. Camouflaged in the pond’s flora were a symphony of baritone bullfrogs. Enthusiastically the boys read the nearby signpost stating that a common bull frog’s diet includes any animal they can easily swallow, even other bullfrogs. Yuck! 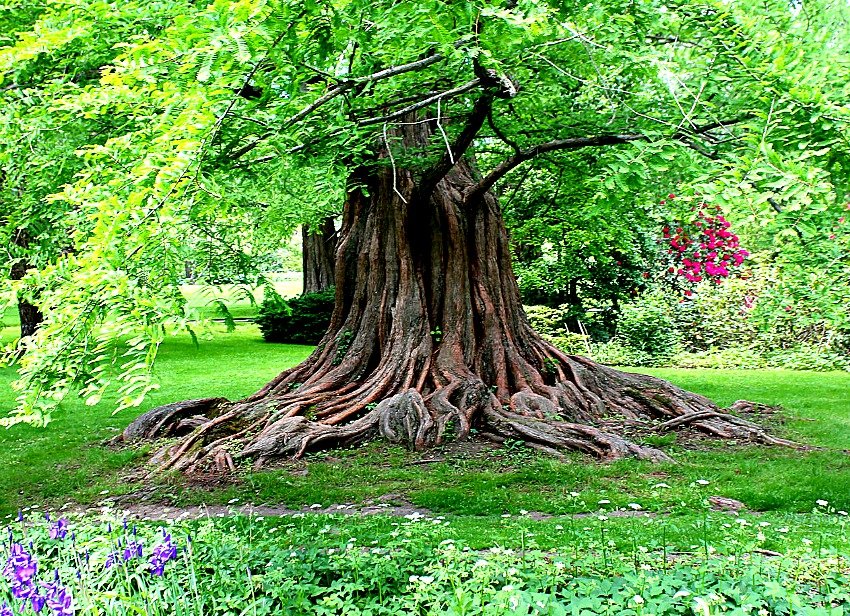 “The mature trees can be enjoyed during all seasons, freshly green in the spring, they turn golden in the fall before losing their needles...”

Roaming around, we picked up more information about the arboretum from pamphlets left in hollowed out tree stumps.

Around 1873, 8-year-old Frank Bailey had serious bronchial problems. It was so severe that the doctors determined he would soon breathe his last breath. Being that his dad was also a physician and amateur botanist, Frank’s dad brought him on patient visits; that meant traveling throughout the forest.

An article titled, “It Can’t Happen Here Again” Frank Bailey stated, “looking back on excursions with his father… as some of the happiest moments in his childhood.” Hence, Frank’s forest adventures led to his lifelong affinity for trees, and the purchase of 45 acres of land in Lattingtown, Long Island in 1911.

We surrounded an odd looking tree– its bark resembled the roots that oozed from the ground, while its branches featured twigs. Right away the boys thought about a Harry Potter movie. Later I discovered it was an enormous, rare, Dawn Redwood tree.

When I became startled by the chipmunks playing hide and seek under the rustling brittle, brown leaves, the boys laughed hysterically. Suddenly the air cooled as the sky was no longer visible due to the shadowing of hovering trees. We continued to walk and read each guide post explaining how the land developed from 20,000 years ago to present day.

With more rustling of leaves and the Ah-Woo-Wooo-Woooo-Wooo from the plumb-chested Grey Morning Doves, I left the boys to continue. I ventured to the “Great Lawn” which sat a weathered, shabby brown wooden gazebo with avocado colored moss smeared on the roof. Upon inspection of the elaborate architect of several spider webs, I sat down to read my book and eat lunch.  Opposed to the beeps and clicks of electronics, giggles from the frolicking boys were welcome sounds.

Oh, by the way, dogs are allowed– just make sure to clean up afterward! 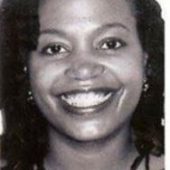 My name is Christine L. Taylor and hail from Long Island, New York. I earned my Bachelors degree in Communications from The City University of New York. I enjoy learning how to live eco-friendly and believe that you should never stop learning. Nowadays, I bike, hike, walk, do yoga and swim. Additionally, I am a buddhist and member of a lay organization that promotes peace, culture and education, (Soka Gakkai International-USA). I look forward to hearing from you! Please stay in contact by sending an email to: [email protected] 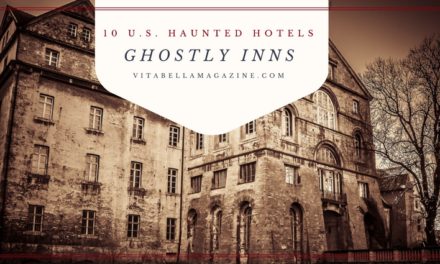