You may be checking in for two; however, in these hotels you may find you’re sleeping with an extra guest!

Don’t worry, they don’t take up much space. They won’t use extra towels. And it’s not likely they will raid the mini bar. In fact, you may barely even know they are there…until the “witching hour” around 3am.

I’ve had my own close encounter at a haunted hotel. On a dare, I stayed on the floor where ghostly encounters had been reported. In fact, as I found out later, I stayed in the very room where my ghost took his last breath. A little nerve racking, sort of. Even more so when I was awakened at 3am by a blood-chilling scream.

But that’s a story for another day…

It’s believe ghosts are spirits of people with unfinished business in this life. Broken hearts, broken fortunes, broken dreams, and sometimes foul play, end their lives too soon. While their bodies turn to dust, their life-energy remains connected to the places which hold their secrets, their passions, their memories. Some good…some bad.

Do you dare awaken them…or sleep with them?

Here are 10 Historic Hotels where guests have reported strange encounters and left with their own ghost stories and adventures to tell: 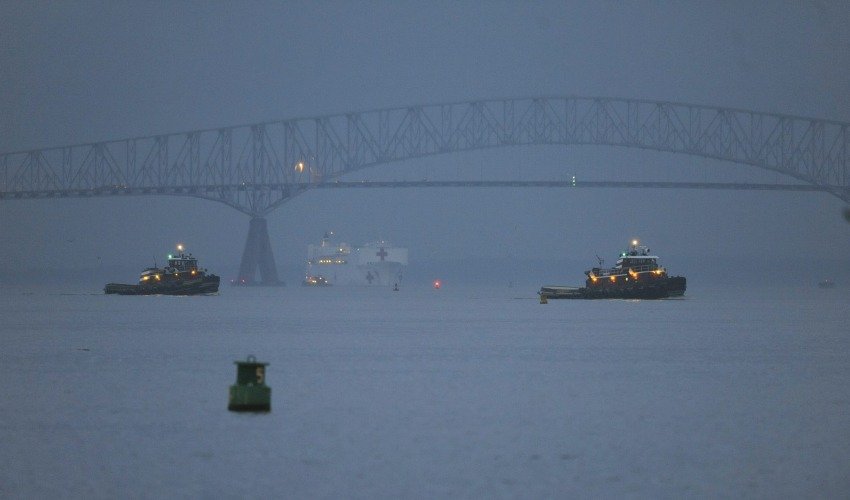 Their website boasts “80 air-conditioned rooms” and makes no special mention of Room 413 which is rumored to be the site of a mobster murder and the room with the most ghost activity. The history of this port city hotel reveals it has been both boarding house and hotel, gambling hall and lively theatre, and a place where seamen and sailors took a tumble in the sheets with women of the night. 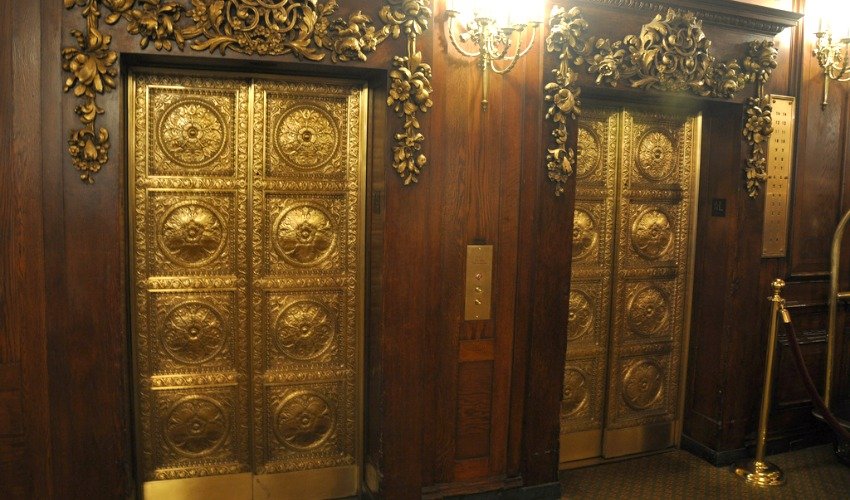 Rocking chairs creaking throughout the night, bathtub water flowing without warning, elevator stops on the 3rd floor, and a bearded man dressed in colonial clothing checking in on guests…at the foot of their bed…in the middle of the night. These are just a few of the sightings collected at the Omni Parker House Hotel. If you want to stay in Room 303, the room which inspired Stephen King’s “1408” you’ll be disappointed. It’s been turned into a storage closet. 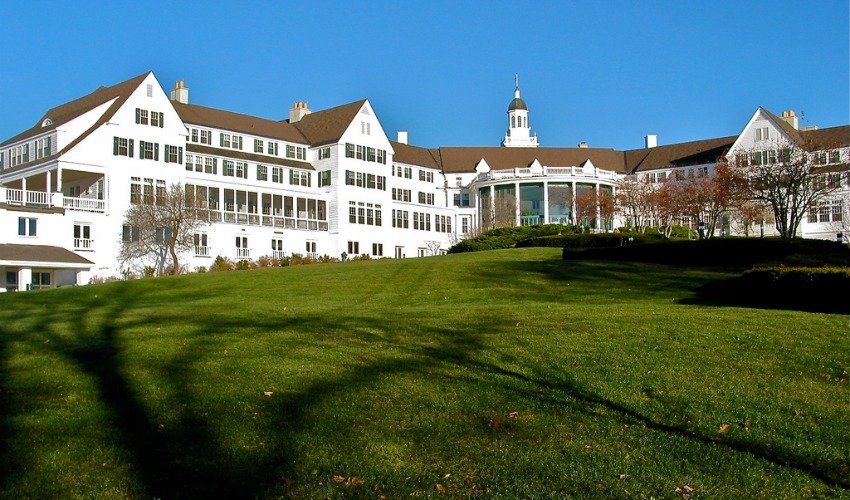 Sometimes, it seems, the perfect meal never has to end. This elegant hotel located in the Lake George area of the Adirondack Mountains, seems like the perfect place to spend all of eternity. And, it seems, some guests like the couple who has been spotted descending the stairs to take a meal at the hotel restaurant, have decided to do just that. The Adirondack  Mountains are a wild place. A protected place. The Adirondack park is massive at six million acres and has witnessed forts and battles and devastation. It’s also been home to laughter and play. In fact, your stay at The Sagamore may bring the giggles of unseen children dancing into your ears as they run up and down the halls. Or, you may witness an oddly dressed youngster chasing golf balls along the green. 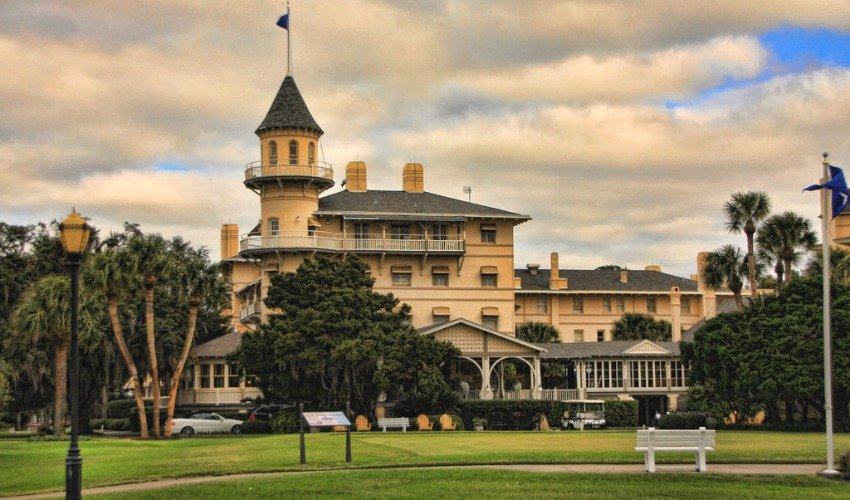 You can fly your private plane into Jekyll Island Club Resort on the 3700 foot airstrip; however, a guest or two may fly in on a broom or the winds of the afterlife. It seems this former hunting lodge and exclusive playground of the rich and famous of a bygone era was such a lovely retreat where the well-to-do could “have a quiet time of reflection” while overlooking the Jekyll River that many have decided to stay. You may smell the cigar smoke of J. Pierpont Morgan as he smokes a stogey and reads the paper in his former residence; Samuel Spencer may help himself to a hot cup of your freshly brewed coffee; Miss Charlotte may whisper wise counsel in your ears, urging you to enjoy life; and the bellhop on the second floor continues to walk the halls and offer his assistance. 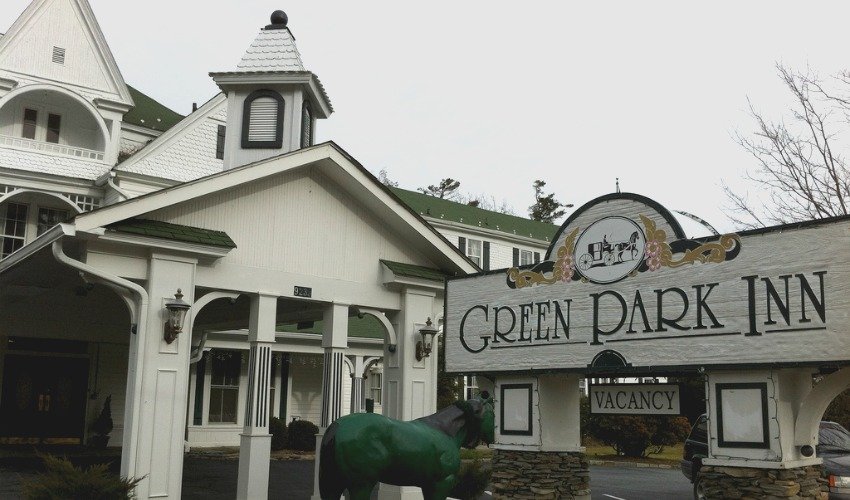 The guest list at this historic manor hotel is impressive: Annie Oakley, Eleanor Roosevelt, Herbert Hoover, Margaret Mitchell (author of Gone With the Wind), Marilyn Monroe, James Dean, mischievous children running up the halls, and a pianist entertaining you throughout the night, tickling the ivories with spirit-light fingers. Room 318 seems to be alive with activity. This is where a jilted lover died of a broken heart after being stranded at the altar. Not too far away, the distinct scent of cigar smoke may fill your senses from tobacco originally enjoyed decades earlier. It seems the ghost continues to enjoy it even today. Green Park Inn is proud to say they respect all of their guests, whether they’ve checkout out of not! 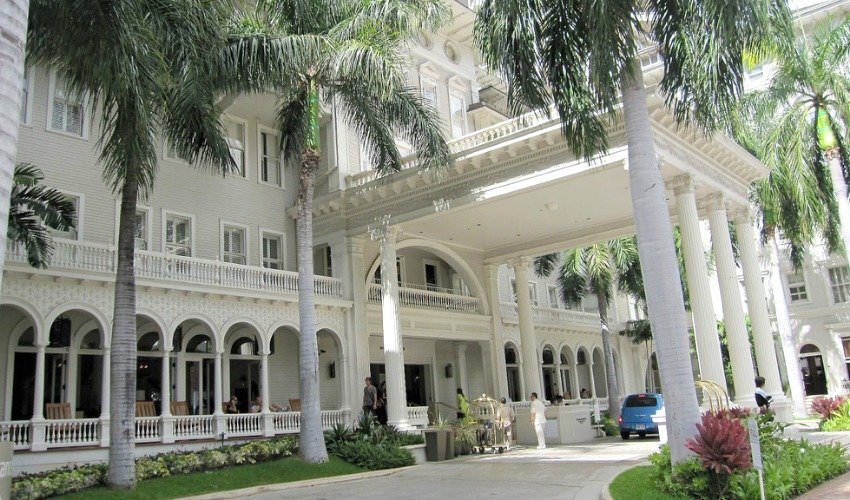 The hotel has been called “The first lady of Waikiki” however, it’s another lady who is rumored to roam the hallways of the Moana Surfrider, looking for her room. It’s a cold case. Jan Stanford, co-founder of Stanford University died here on February 28, 1905 of strychnine poisoning. As she jolted and stiffened from the effects of the poison, she said, “This is a horrible death to die…” Beautiful views from this oceanfront resort may have inspired her spirit to stay behind. Guests and hotel staff have reported seeing what they believe to be Ms. Stanford’s ghosts. 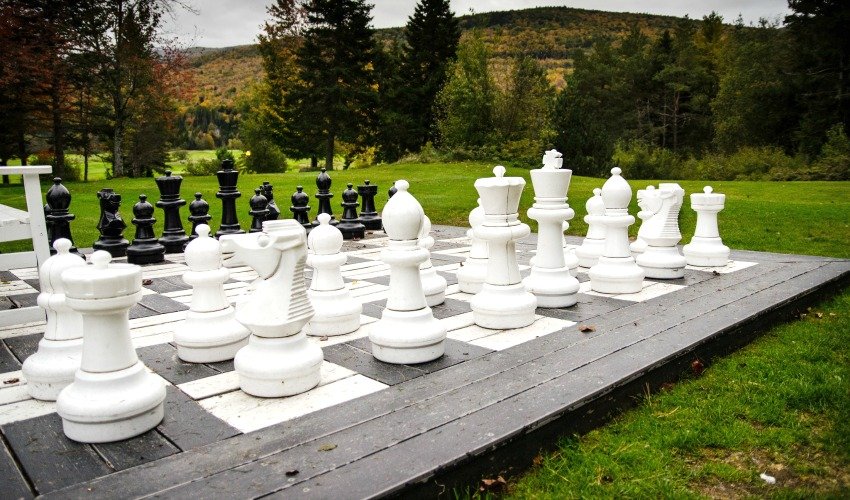 The Omni has historically been a favorite for presidents, poets, celebrities…and ghosts. Joseph Stickney, who made his money in coal and railroads, started building the hotel in the early 1900’s. Well, he didn’t actually build it, but he paid for the building of it. According to Italian tradition of the artisans that constructed the hotel, the number of stairs leading up from the first floor differ in order to confuse ghosts. If you take the stairs from the lobby, you’ll step up 33 steps; if you rise from the South Tower, you’ll step up 31 steps.  Although, this hasn’t confused the “princess” that haunts these halls. Believed to be the widowed bride of the Mount Washington’s owner, Carolyn Stickney has been seen in her third-floor guest room and descending the stairs into the dining area. Hey, a girls got to eat, right. I’m sure it will be a light meal. If you’re interested in a close encounter, check into room 314. 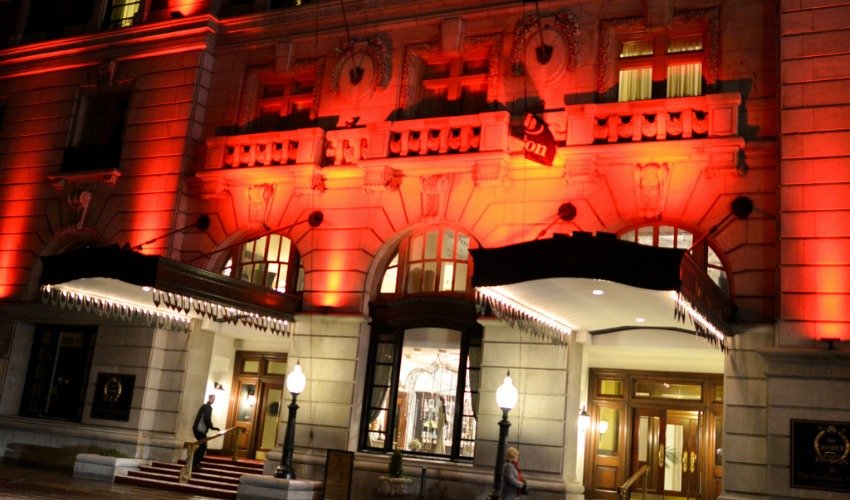 The lady with long black hair waits in a long blue chiffon dress for her husband who never arrives. This romantic getaway is believed to be an opportunity to rekindle their dying romance. Instead of a new beginning, her husband dies in a car crash on the way to the hotel. Distraught, Patricia Wilson throws herself (or is pushed) down the elevator shaft and meets her fate 10 stories below. Yet this guest has never checked out. Feeling a little chill? Check the thermostat because it’s believed an elderly spirit likes to turn the air conditioning down low and set the teeth of the living to chattering. 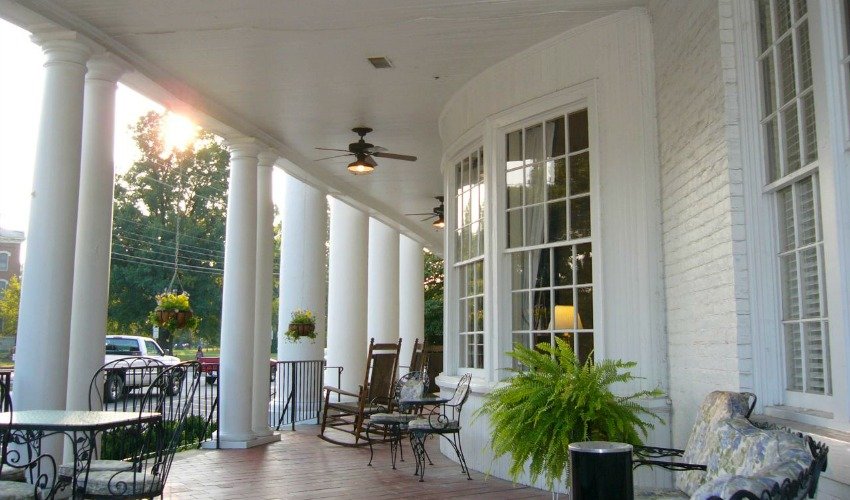 All aboard…spirits seem to flock to Boone Tavern Hotel. Or so says ghost chasers who have frequented and studied this historic hotel. The most activity seems to come from the basement, 1st and 2nd floors. Past living guests have included Eleanor Roosevelt, Duncan Hines, Archbishop Desmond Tutu, Alex Haley, Robert Frost, and Geena Davis. As far as stories of tragedy or crime, those may be the secrets of the ghosts. Although little Timmy and his doctor are among those rumored to haunt these halls. 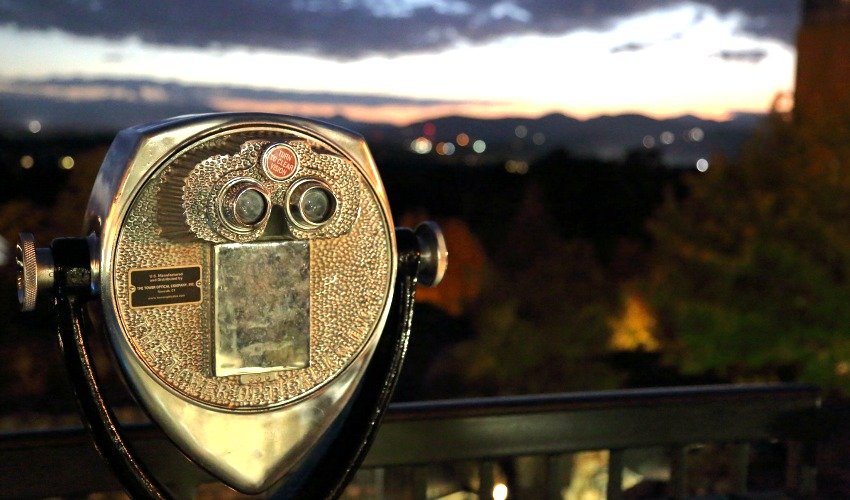 A young, long-hair beauty wearing a flowing pink gown and leaving a pink mist has earned the name “Pink Lady.” The Omni Grove Park Inn in Asheville is a beautiful, romantic mountain escape where couples fall in love and life-long plans are made. It’s little wonder that guests never want to leave. But is she real? What are her intentions? Well, in answer to that you need look no further than the words that fell from the mouth of babes. The two-year-old son of a college professor is reported to have asked his father, “Who was that nice lady?” and “Where did the nice lady go?” Room 545 may be her final destination as that room has reported the most close encounters. 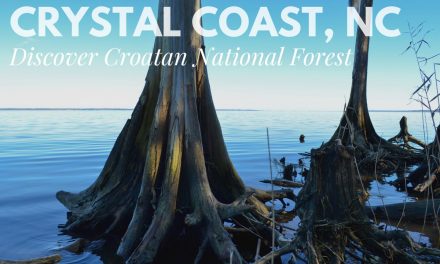 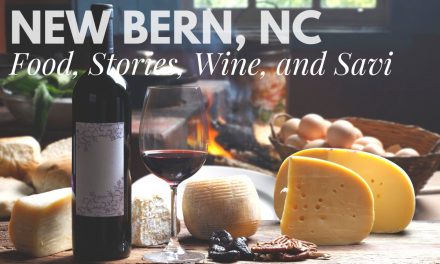 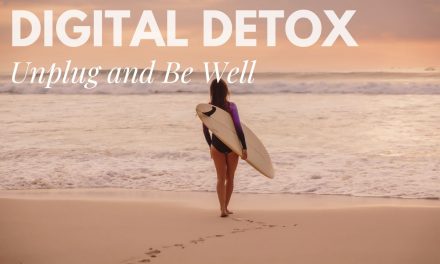 18 Signs You Need a Digital Detox Retreat: Reclaim Your Life