Savannah in the Fall

It was a trip that almost didn’t happen.. 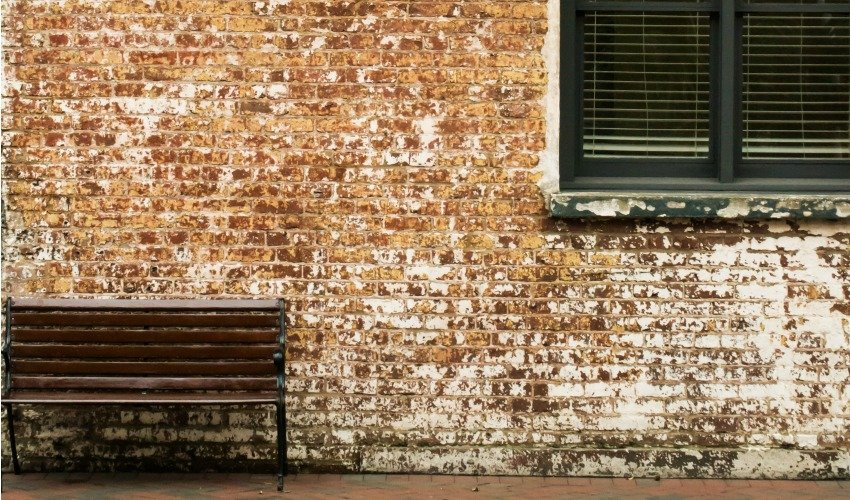 Overdue for a weekend getaway we were both determined, come Hell or high water, to make it down to Savannah, Georgia to experience the city, the food, the people, and time to recharge.

As it turned out, high water almost derailed our plans!

Hurricane Matthew had just swept through the south, leaving behind uprooted trees, damaged homes, and fallen signs. Leading up to the storm the weather folks expected worse and residents hunkered down, because we know even our best conceived plans can change in a moment when Mother Nature flexes her muscle! Luckily Hurricane Matthew lost some steam and we actually faired pretty good.

You see, one of the most beautiful features of the south is her many waterways. If you love to fish (we do), kayak (we do), SUP (we do), surf (let’s go), beach (yep), enjoy nature and all her critters right out your back door (sign me up!), then you’ll never get bored in the south.

But the thing about water and hurricanes is they have a tendency to “rise to the occasion” and spill over the banks after the hurricane passes.

And that’s exactly what was happening as we began our drive south. The inland waterways were swelling and flooding.

The storm wasn’t over yet.

We got routed and re-routed; traveled inland then to the coastline and then round and round again.

The good part about detours is it allows you to see parts of the country you didn’t know existed! The bad part is you have to drive…and drive…and drive some more! *ugh

We thought about stopping in Charleston, South Carolina (after all, both cities have a lot to offer in terms of charm and food); however, at that point, we were too close to our Savannah destination not to take it all the way!

I’m so glad we pushed through.

Where to Stay in Savannah 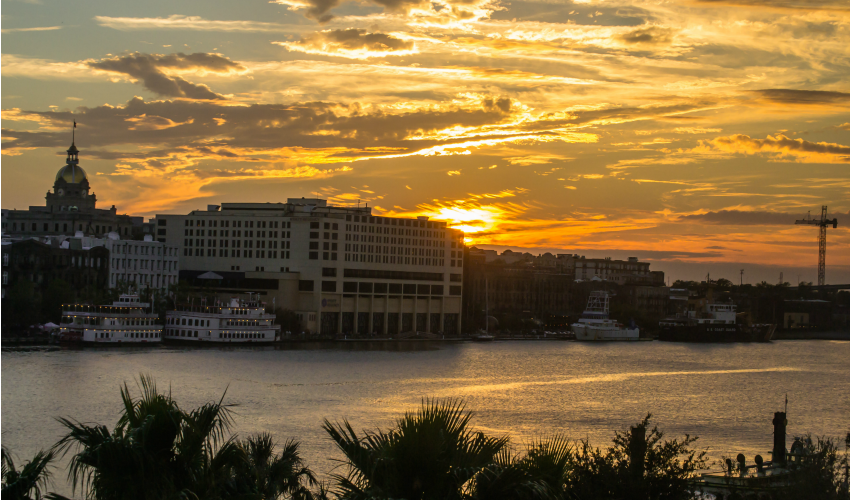 You can watch the Riverfront City stretch in the morning sun…

Imagine sleeping on a mattress built by angels and then waking up to the sight of the morning sun glistening over the waterway just outside your window, watching the Savannah waterfront slowly wake up after a night of music and memories.

To get to historic Savannah from the Westin you have to jump on a ferry which takes you across the Savannah River. The time between ferries is short…like 15 minutes…because the trip across the water is only 7 minutes, give or take. So, no matter when you get to the dock you won’t have to wait long.

OK…this is what I had been waiting for!

With so many beautiful restaurants in this historic city, we were excited to have a taste of Savannah.

Maybe I was too excited…perhaps my taste buds were off…or maybe the storm had disrupted the delivery schedules and restaurants were not getting normal shipments thus having to adjust based on what they had on hand.

The first few meals we had were, well, nothing to write home about. Not horrible, because the ambiance of the restaurants and the welcoming staff were terrific. Just not what I had anticipated.

But then, something wonderful happened and our foodie-heaven-luck changed!

We ventured down to the hotel lobby because they were serving oysters and wine as an appetizer. Count me in!

As we enjoyed the perfectly chilled oysters, topped with tabasco and a squeeze of lemon, our waiter asked where we planned to have dinner.

After walking around the city earlier in the day, we had decided to go to The Olde Pink House. Their reputation is excellent and when we popped in to check out the menu and rooms, everything looked beautiful. So, we made reservations.

But, just like our drive to Savannah, we were about to take a detour.

He said, “The Olde Pink House is a great restaurant…but do you mind if I make a suggestion?”

Now, when a waiter who is familiar with the city and the food (because he’s worked around it) makes a suggestion, we tend to listen.

We learned The Olde Pink House has a “sister” restaurant, located in an old firehouse close to City Market, called Garibaldi’s. It’s a smooth mix of class, style, and fun. As he described the menu choices (he had worked there), how the flounder was prepared, the best dessert to order, I looked over at my husband and said, “I think we need to call them!”

Beaming with pride, our waiter said, “Tell them Franco sent you!”

Here’s a tip: When a waiter literally lights up when he talks about the food at a restaurant…go to that restaurant!

Garibaldi’s was amazing! Imagine stepping back in time to something like the roaring 20’s of the south. High ceilings, floor to ceiling mirrors, energy, laughter, hospitality, and the fireman’s pole standing there as a reminder of a quick escape should the need arise.

Afterwards we strolled through the city as music from live bands poured into the streets, people danced right where they stood, strangers became fast friends, and beer flowed. You can carry your open bottle through the streets.

Next we ducked into a hotel lobby and headed up to the rooftop bar. With a full moon gracing the heavens, and a firepit offering a romantic evening glow, we curled up on the outdoor cushions and whispered and watched and laughed as the mood of a perfect night in Savannah began to wind down.

Walking back to the ferry, a light rain started to fall, each drop reflecting the soft glow of the street lamps and for a moment it looked as if diamonds were filling the cobblestone streets.

Yes…Savannah is a precious jewel in the South. 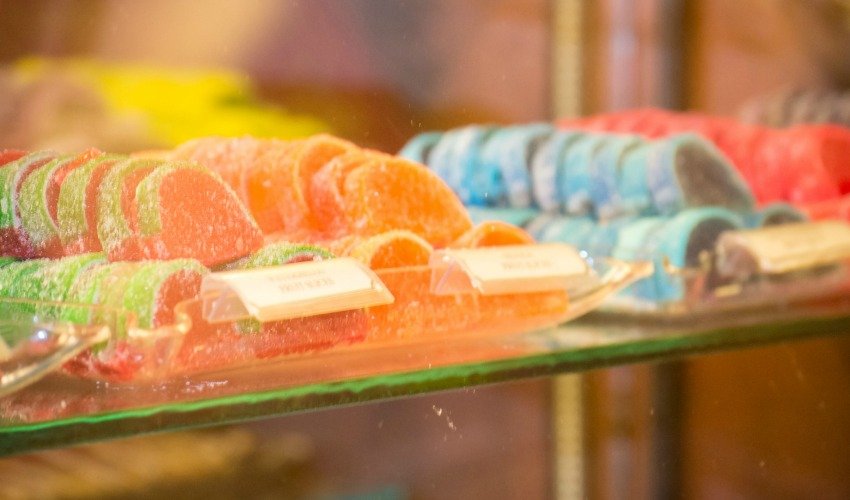 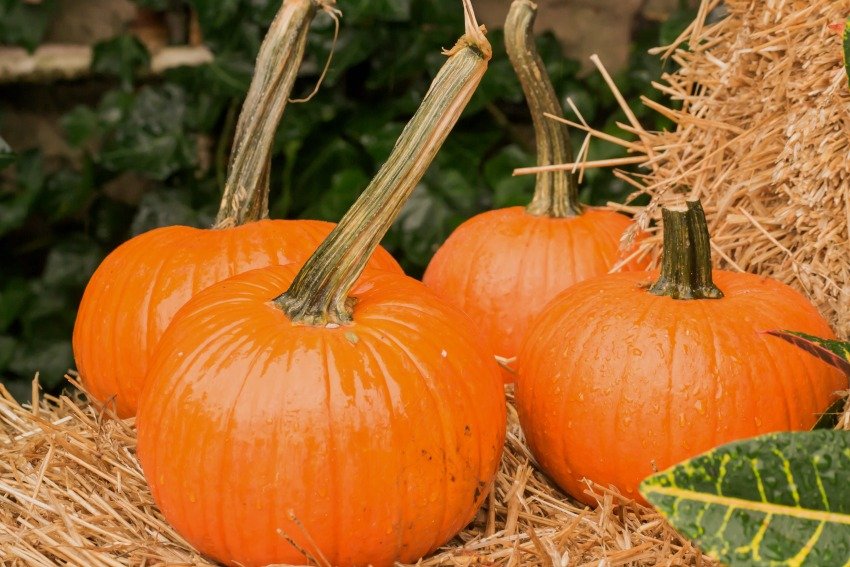 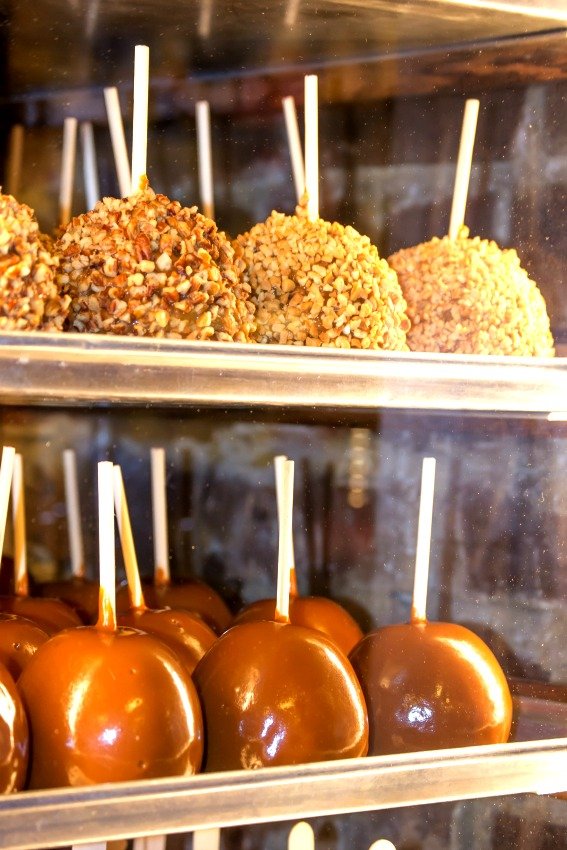 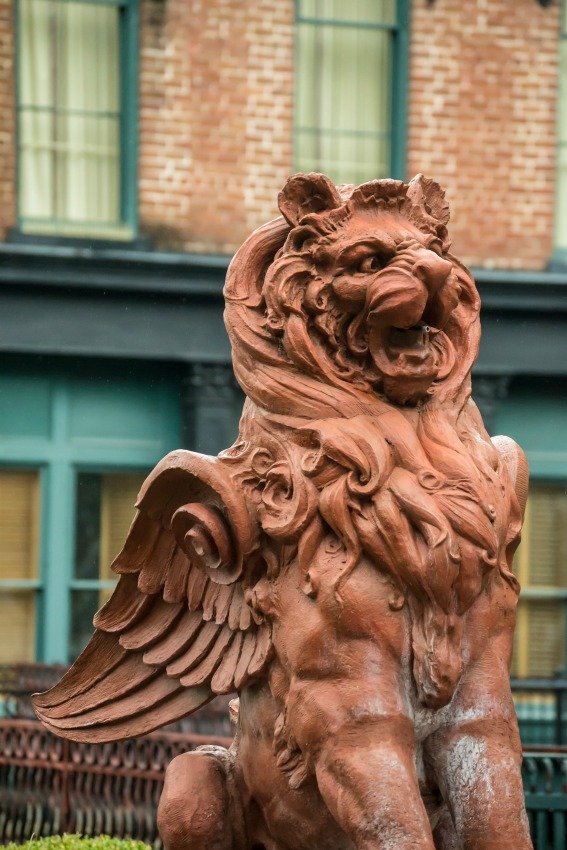 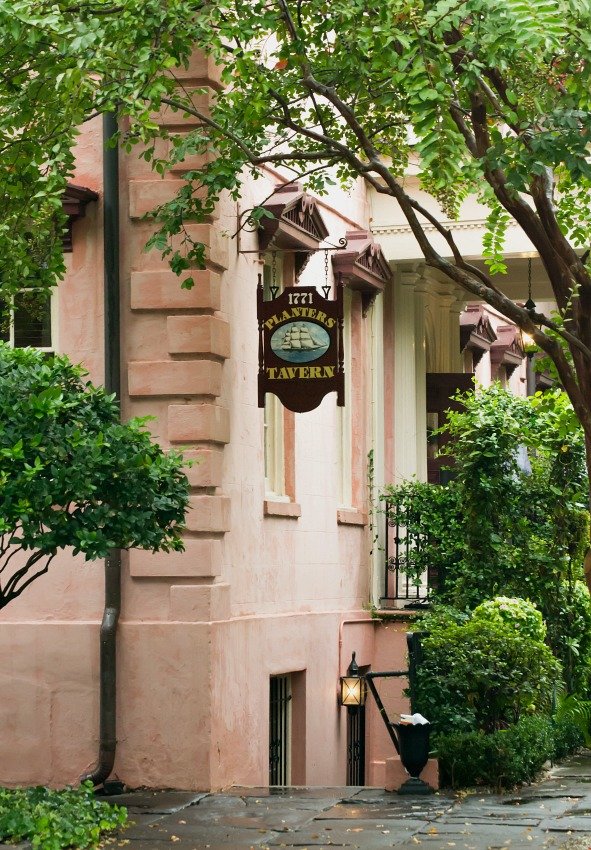 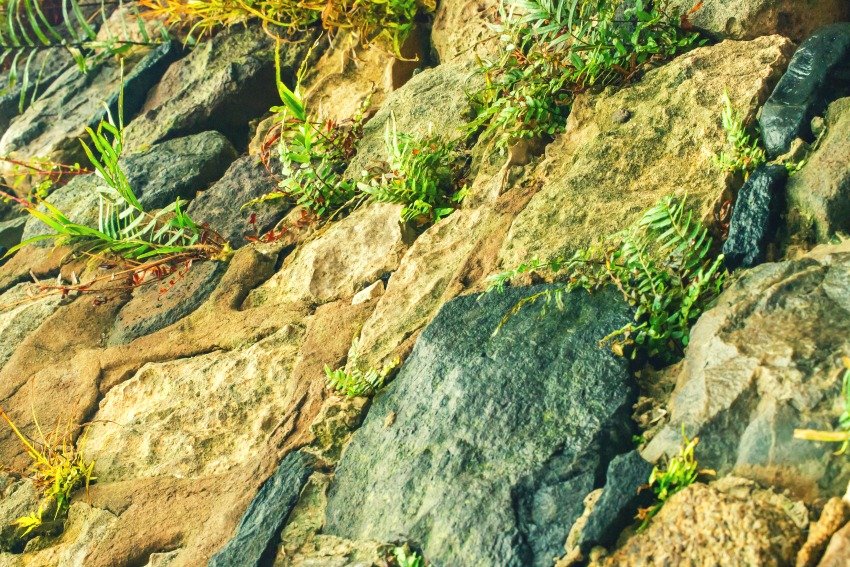 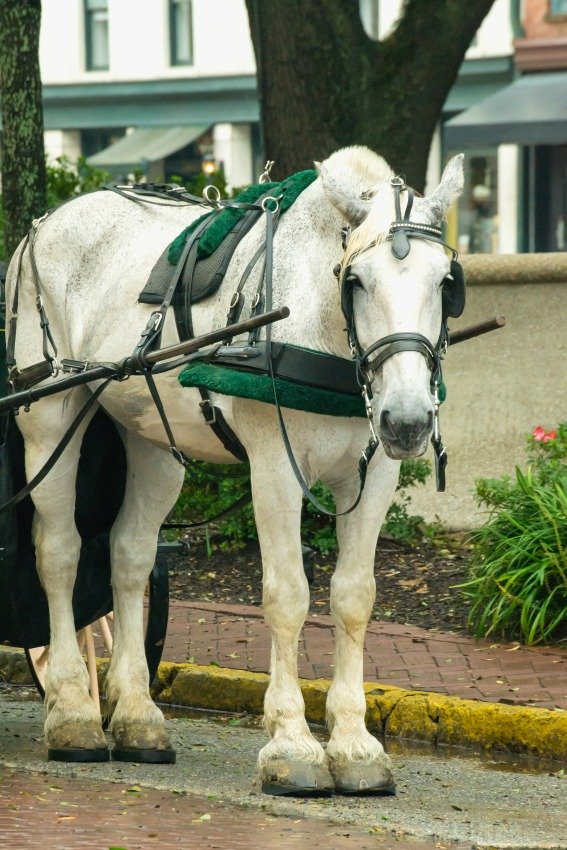 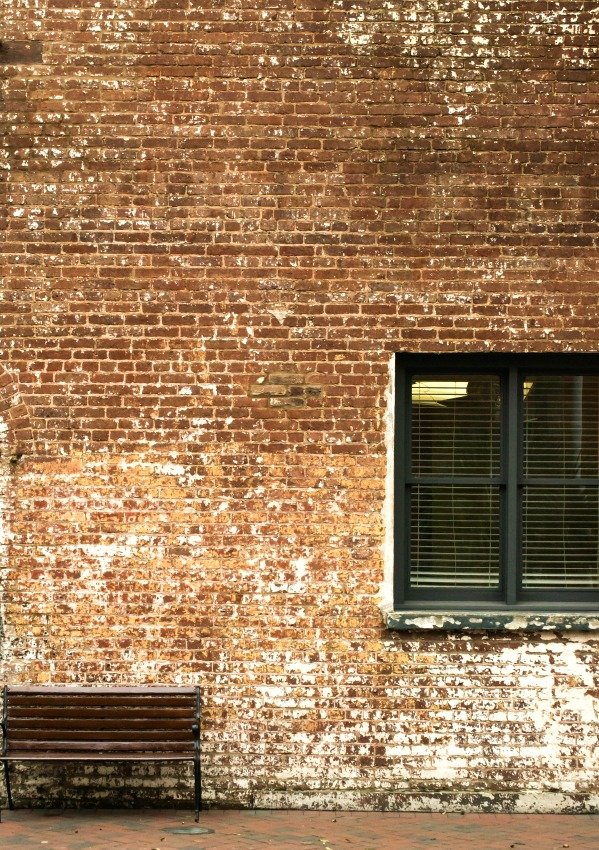 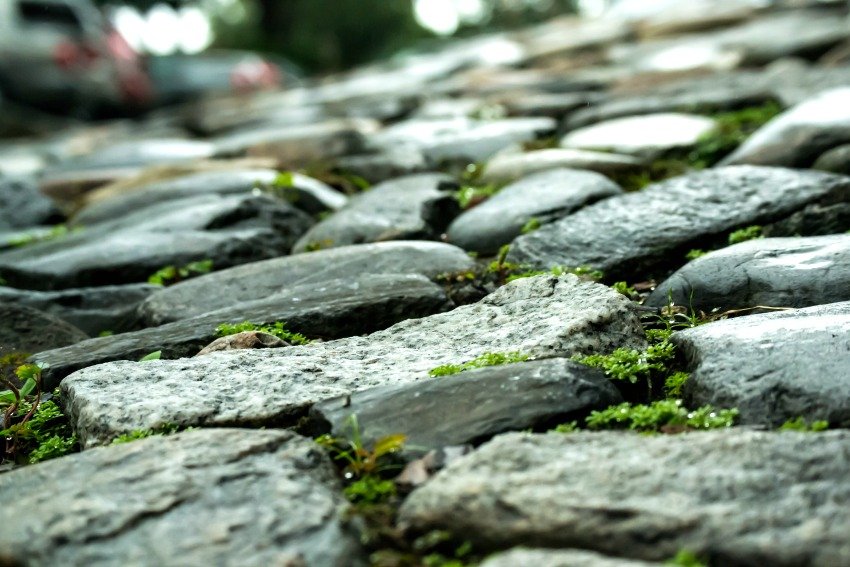 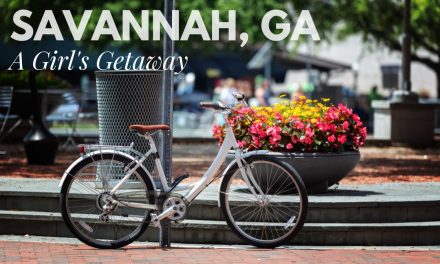 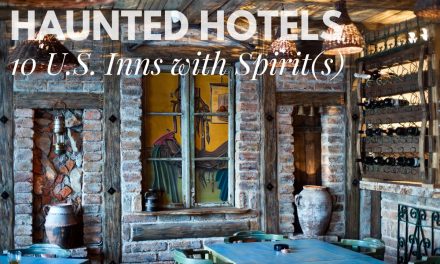