As far as volcanoes go, Iceland has something to suit almost every taste… 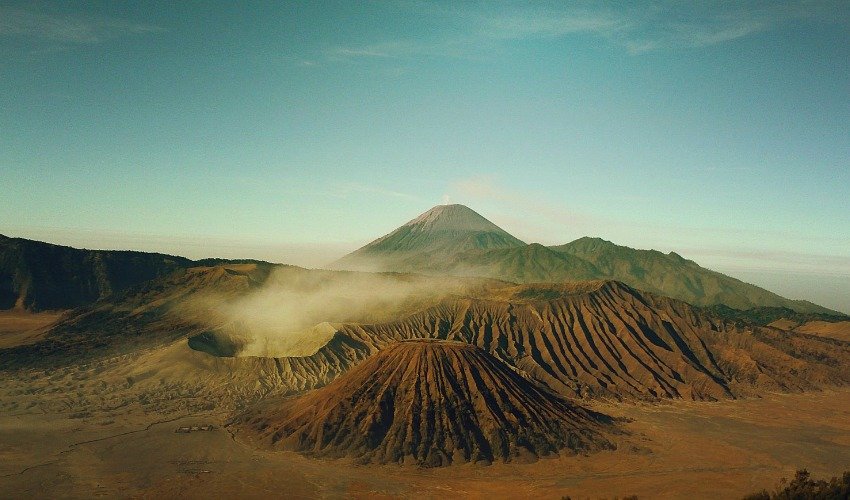 Go see the Laki rift which last erupted in 1782, and caused climate changes as far away as India

Some say Iceland is a volcano. That may or may not be true, but sitting squarely as it does right on top of one of the world’s most active undersea hotspots, it’s certainly one of the more geologically exciting places to be!

As far as volcanos go, Iceland has something to suit almost every taste. Fancy a classic cone design? Take a drive to Snæfellnes to visit the (possibly) dormant but lovely Snæfell volcano, and even climb to the top if you’d like. Are you more into fissures? Go see the Laki rift which last erupted in 1782, and caused climate changes as far away as India. Hoping to see some real live flowing lava? Contemplate the majesty of Hekla or Katla, both long overdue to blow.

Even if a real-time eruption isn’t on the itinerary, it’s still extremely easy to see the island’s heat in action at sulfur pits, boiling mud pots, and steaming cracks in the earth throughout the country, some only half an hour from the Reykjavik city center. Even soaking in rivers naturally heated by the same intense underground energy as a volcano is possible, bringing you seemingly one step closer to the heart of the world. 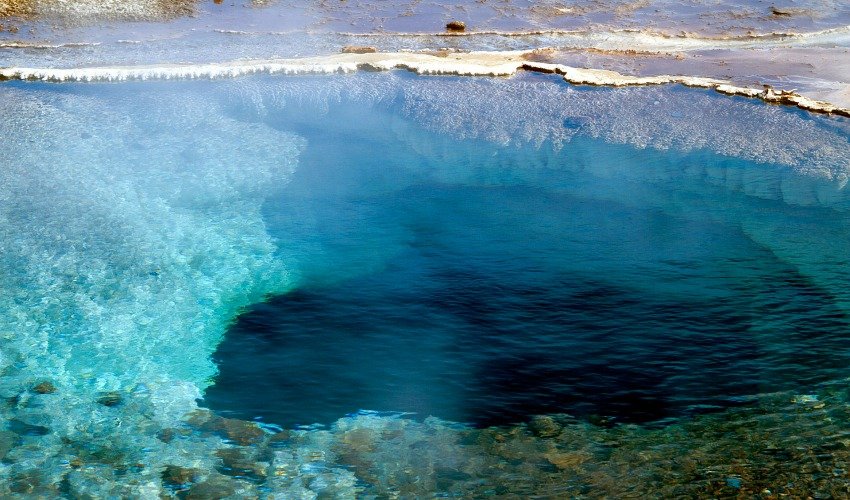 Climbing it is actually never really a very good idea…

Hekla is the appointed Queen of Icelandic volcanoes. It’s so consistently active that volcanologists the world over basically expect it to blow at any time, and especially when it shows signs of subterranean tremors like it did in 2013. It’s erupted at least 20 times since the first Norsefolk came over 1200 years ago, and was literally considered either the gateway to Hell, or Hell itself. Interestingly enough, it hasn’t caused that much damage in recorded history, though geologists can tell that from its birth around 7000 years ago until around 1000BC it caused massive damage and change to the Icelandic landscape. Since then, though, it’s lost its explosive force, and is more a pouring-lava style volcano with much less ash and smoke.

Still, the last eruption in 2000 gave only fifteen minutes’ warning, and locals know that climbing it is actually never really a very good idea. There is an 8-hour long round-trip trail to the top, but it’s for experts only, and authorization must be given for the climb. 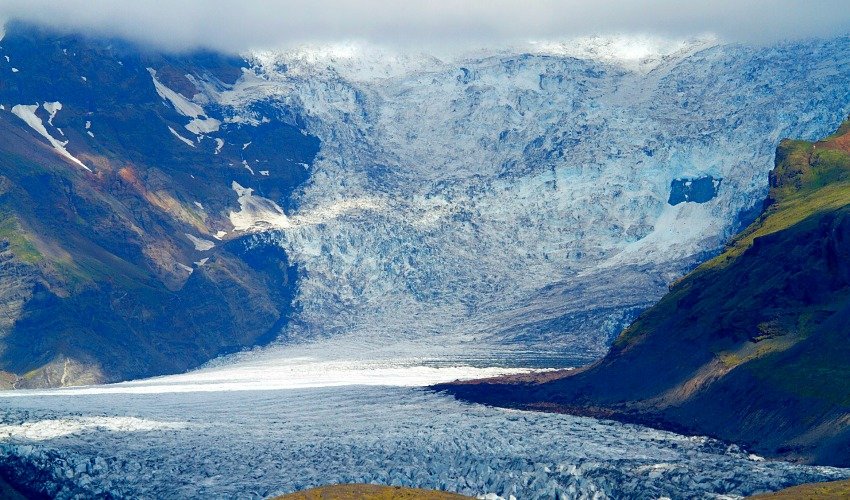 This is another one of Iceland’s famously explosive volcanos, most specifically because of the eruption in 1918 that lasted for almost a month, but also for the nearly 20 other eruptions since the 9th century. It’s capped with glacial ice, so there’s nothing at all interesting about it visually, but it’s as well-known as its sister volcano Hekla for being highly active and basically unpredictable. Because it’s under the Mýrdalsjökull glacier, the main threat it’s posed to Icelanders has been massive glacial bursts, or runs, that flood the plains below with flash-melted ice. A small eruption or heat-up of the volcano that goes otherwise unnoticed under the glacier can cause massive torrents to rush from it, causing damage and mayhem.

Like Hekla, this is not a volcano to get close to, and basically an eruption is expected any day now. Earthquake swarms have been detected near it in the past few years, and systems have been put in place to warn the aviation industry immediately if, or more appropriately, when, it blows.

Our bad-boy celebrity volcano! Eyjafjallajökull had its fifteen minutes of fame five years ago when decided to blow. Locals desperate to get off the island to warmer vacation lands couldn’t, and all air traffic in western Europe halted due to the massive plume of thick ash it poured forth. Technically the name means “Island-Mountain-Glacier” (jökull means glacier) but the glacier in reference sits on top of a live caldera and gives it its name. The air traffic havok this volcano caused in April 2010 meant that its nearly impossible-to-pronounce name became synonymous with trouble, and to this day tourist shops sell vials of ash, ash ceramics, and t-shirts dedicated to our most notorious modern-day eruption

Located pretty close to Highway 1 in the south, Eyjafjallajökull is easy to see from the road, though it’s not a volcano you’d want to walk on: the ice cap is steep and full of crevices. For more experienced hikers, though, the Fimmvörðurháls trail passes close by, offering a chance to greet this world-infamous caldera from a friendly but safe distance away.

If you like looking at mountains that happen to be volcanoes that look like cake, you’ll love Herðubreið (‘Broad Shoulders’). Located in the northern highlands of Iceland, it’s flat-topped, high-sided, and until the winter snow covering melts away in high summer, covered in white which looks just like frosting. When Herðubreið was born many millennia ago out of the Ódáðahraun lava field (or ‘Desert of Misdeeds’, as some translate that name) it was pressed and flatted under the massive ice sheet of the last global glacial period.

It’s virtually unclimbable, and is showing signs of waking up, so this is a mountain that’s best seen from a distance, at one of the lovely look-out points along the main highway in the north. Artists have painted it, photographers have captured it, and some say it’s a contender for the most beautiful volcano in the world. 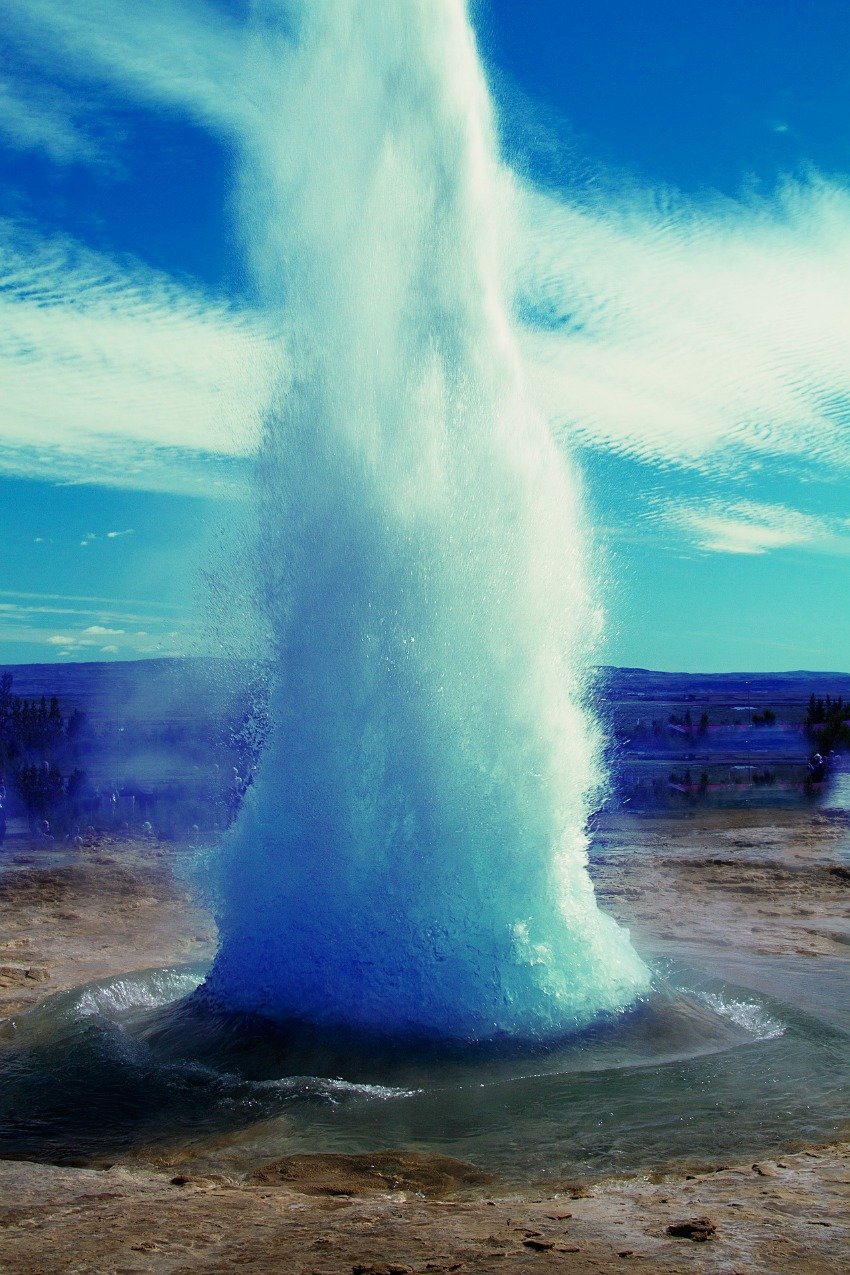 Askja is not actually a single volcano, but a series of remote craters in the highlands interior of Iceland, just north of the huge Vatnajökull glacier. Nobody even really knew this system existed as live eruptors until 1875, when it erupted massively enough to spread poisoned ash over the whole east coast of the island, ash which was also carried by the winds over to Norway and Sweden and Northern Ireland. Livestock suffered horribly, and for many Icelanders this was seen as the last straw – thousands packed up and emigrated. One of the main calderas has filled up with water, forming a round, milky turquoise lake that though lovely to look at is nonetheless called Víti, or ‘Hell’.

It’s a popular place to visit, all stark and eerie. The roads there are usually only open for a few summer months, though, and since temblors have been measured in recent years, and because of the recent Bárðabunga eruption close by, the area is currently closed to all access.

Iceland just gave birth to a new lava field, one of the largest spreads of magma since the Laki flow of 1783. Unofficially named Nornahraun, or Witches Lava, it poured forth over the span of six months from a newly-formed fissure in the Bárðabunga volcanic system. This system sits just under the edge of Vatnajökull glacier, and so is another example of a live Icelandic volcano that’s just not that interesting to look at. Until, that is, it starts spewing bright red magma that shoots into the air in thin, high walls and pours across the landscape in molten rivers. At that point, it’s one of the most beautiful sights on Earth.

Needless to say, the area around Bárðabunga is off-limits as is, and even in more restful times is very difficult to get to, though on clear, safe days during the eruption airplane and helicopter tours around the region were popular. Now that the glowing magma has darkened and hardened, though, there’s not much to see – until the next eruption that is!

Get Ready for you next Travel Adventure: Shop Here 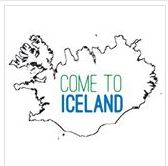 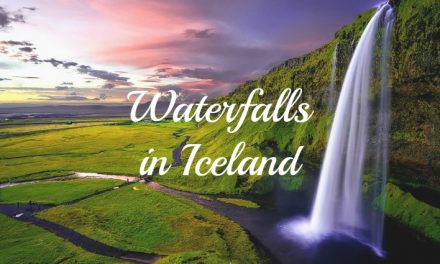